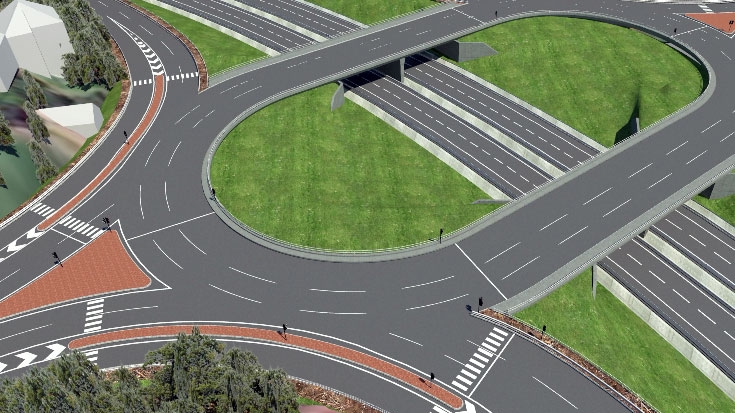 NEW AFRICA BUSINESS NEWS (NABN) Freetown, Sierra Leone– $229.3 million financing consensus was signed last week between Uganda and the African Development Hank Uganda and the African Development Bank for phase one of the Kampala-Jinja Expressway – a project foreseen to reduce travel time between the two cities and improve trade along the northern corridor which links the country with its neighbors.

The dough will fund Expressway Civil Works whose contractor procurement is presently ongoing, for the 95km project whose total cost is $1.48 billion, to be implemented under a Public Private Partnership (PPP) arrangement, Uganda National Roads Authority (UNRA) explains.

A private concessionaire will be obtained, for period of 30 years, including an eight-year construction period on a design build finance operate-transfer basis under the Availability Payment PPP model, the UNRA asserted.

Matia Kasaija – Finance Minister that endorsed on behalf of the Uganda administration, said, the Expressway will boost traffic progression and curtail travel time from more than three hours to under one hour between Jinja and Kampala — the country’s two main economic centers. The project encompasses of the Kampala-Jinja mainline Expressway and the Kampala Southern Urban Bypass (KSB), with financing from AfDB to be utilized for works on the 18km KSB and the 35km span of the main expressway from Kampala to Namagunga, East of the city.

Subsequently, section two of the expressway is a rural motorway covering 42km from Namagunga to Jinja, whose financing and implementation of works hinges on when the French Development Agency (AFD) endorses and disburses €90 million ($105 million). In March of 2020, junior minister for finance David Bahati tabled before Parliament two proposals pursuing its approval to adopt $229.47 million from AfDB and €90 million from
AFD to finance construction of Kampala-Jinja expressway. And both loans have a compassion period of eight years and maturity period of twenty five years, Bahati’s proposals to Parliament specified.

Thus, the recommendations were meant to regularize the borrowing as the AfDB board had in October 2018 already approved the $229.47 million loan for the Kampala-Jinja expressway project, to be co-financed with the AFD, in support of Uganda’s Vision 2040, which prioritizes road infrastructure development. Financing is expected to pave the way for the private concessionaire to provide the remaining $800 million.

“The Public-Private Partnership model will bring in private sector participation and financing of a key infrastructure in Uganda and will yield a significant economic return for the country with an estimated net revenue of $2.1 billion over the 30-year concession period,” stated AfDB Country Manager for Uganda Augustine Kpehe Ngafuan.

The financing approval prescribes that at least 30% of subcontracting in the project will be granted to local companies, create at least 1,500 direct jobs during the construction phase and 250 jobs during the operational phase, Ngafuan explained.

Expanding that as important for the economic development of Uganda, designed to a classic in line with the government purposes and consistent with the nation’s expressway network. The expressway, whose rehearsal commenced in 2010 with a feasibility study, and in in 2014, the International Finance Corporation was nominated
transaction advisor for the PPP feasibility studies and preparation of the bidding process. When finalized, it will form a system that will facilitate rapid mobility of vehicles within and around Kampala and its confining neighborhoods.