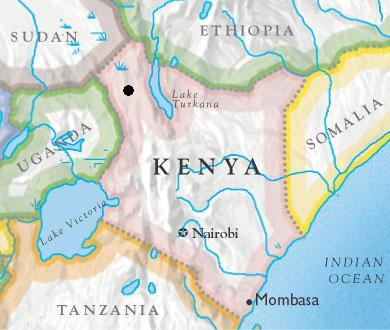 Ukur noted that, the latest facility was among other six in the country being underutilized compared with the others which were raising a lot of revenue. In his statement to real participants in the region, the Cabinet Secretary highlighted ways to establish One Stop-Border Posts (OSBP) the more at the Kenya-Ethiopia border to facilitate border to accelerate trade between the two governments and promote high levels of tax compliance among the traders in the region.

The Acting National Cabinet Secretary, who was accompanied by a high powered delegation of KRA Board of Directors among them, the Chairman Ambassador Francis Muthaura, KRA Commissioners and interior Ministry officials in a tour at the Moyale One Stop Border Post noted, the government was working towards full implementation of an agreement on free trade earlier reached between the two countries.

“There is a lot of revenue to be collected in this region, we shall establish more One Stop Border Posts along the common border with Ethiopia to facilitate trade and ensure collection of more revenue,” he said.

The Cabinet Secretary KRA will be arranging regular multi-agency meetings which should be attended by real participants and community leaders to address emerging issues that is contributing to the under-utilization of the facility. The CS also gave advices to KRA staff and other border posts without any compromise. “The money which you pay taxes in return is the money which is used to construct roads, to equip hospitals and to pay the government employees,” the CS said.

He intimated KRA to conduct more stakeholder sensitizations in the region to enable communities living at the border understand about taxation and compliance.

“This will also ensure that conflicts between KRA and stakeholders are easily solved, adding an informed citizenry was not likely to evade payment of taxes,” he said.

Muthaura, on his part said; KRA is in preparedness to facilitate trade to ensure that traders don’t face challenges.” KRA and business people are inseparable because of business and we are therefore obliged to provide a conducive environment for business to thrive,” Muthaura reiterated. The OSBP concept has alleviated the movement across countries by improving border crossing, speed and efficiency, thus reducing barriers to trade as well as improving business competitiveness.