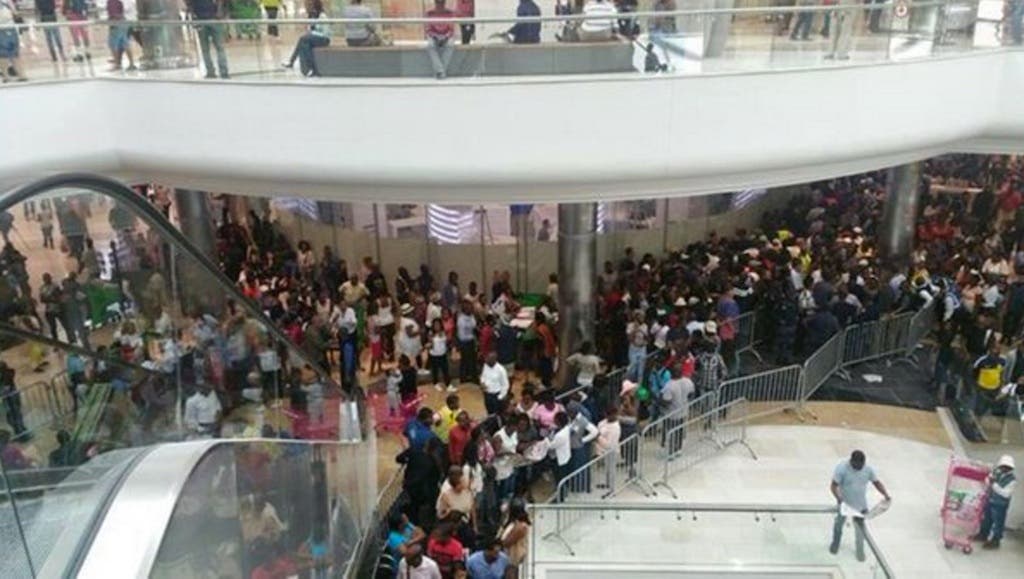 She said the enterprise is an obvious indication of a better business climate and the probability that it will get better, in the near future. “People build when there is a future ahead so this investment initiative proves that the leadership of President Weah is open for investment,” the Vice President told.

She also emphasized the necessity for the investment of Liberians, particularly young university graduates during the construction process of the mall. Such a chance, according to her, will deliver jobs and give young people earnings.

Amongst other dignitaries are of the guests are Justin Chinyanta – Board Chair and CEO of LOITA, Thomas Doe Nah, Commissioner General, Liberia Revenue Authority (LRA), Mowular Gray, Chair, National Investment Commission (NIC) George Haddad, South African and Chinese Ambassadors, and many others.

The ‘Monrovia Mall’ project maintained a topic of attention on social media. The total project cost is $47.4 million and is facilitated by the West African Development Company (WADCO). WADCO is owned by Loita Capital Partners and Era Trade Corporation. With a pool of prominent African experts (hitched by South-African Design & Architecture) as the core Technical Team, the project vows to be an iconic piece in Liberia and one of the very best in
West- Africa.

This is not Loita Capital’s first intervention in the Liberian economy. In 2020, the group helped opening in Monrovia the investment banking unit of the Liberia Bank for Development and Investment (LBDI).

Loita’s initial intervention in Liberia was the prosperous invention of a discount facility for the National Social Security and Welfare Corporation (NASSCORP), which was, inter alia, to refinance the Jahmale Diagnostic Medical Centre in Paynesville.

Loita has also been instrumental in urging on, structuring and positioning the $52 million facilities for the Liberian Bankers Association, that gifts the Commercial Banking Sector of Liberia through Afrexim Bank.

In addition, Loita is advising the Ministry of Finance and Development Planning (MFDP) on numerous disposal policies for the PUTU iron ore mine, as well as the development of Rail and Port infrastructure in Liberia. Loita will further explore ways of diversifying the country’s financial services sector to support the local public and private sector in accessing international capital markets for long-term financing needs.

Construction works for the Monrovia Mall project will kick off immediately after the groundbreaking and are expected to be finished over an eighteen-month period.

The mall will sit on a total land area of 18,500m2; 10,600m to be developed under phase 1, with apartments and a conference/casino/hotel development under phase 2.

This project has not only set the foundation for additional job creation, the owners say, but it has similarly proposed reliefs for Liberians “not to be spectators but full participants in their own economy”.