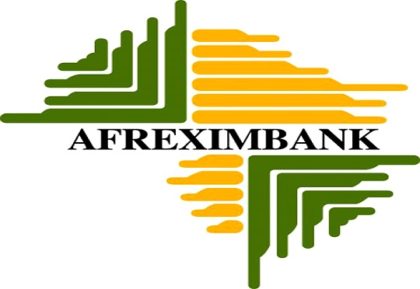 NEW AFRICA BUSINESS NEWS, Freetown, Sierra Leone- RWANDA, President of the African Export Import (Afreximbank) – Benedict Oramah, has pronounced $500 million in support to the production and trade of African cultural and creative products over the next two years.

President Oramah intimated his audience at the Creative Africa Exchange Weekend (CAX WKND) that was held in Kigali that the funds, would be directly directed to build on what the bank has been already doing. And would be obtainable lines of credit to banks, direct financing to operators and as guarantees. He stated that, the creative economy was additionally recognized as an important sector and meaningful contributor to Africa’s Gross Domestic Product(GDP) and that the cultural and creative industries catalyzed economic growth by providing inclusive, connected and collaborative societies the more.

He, however, noted that, while Africa had a deep pool of talent, it lacked the infrastructure and capacity to commercialize its creative talent and reap the vast fortunes lying in wait.

“Because of underinvestment in the creative and cultural industries, Africa is largely absent in the global market of ideas, values and aesthetics as conveyed through music, theatre, literature, film and television. African countries import overwhelmingly more creative goods than they export or trade amongst themselves,” he stated.

He applauded Egypt’s “astronomical growth in creative exports over the last decade” and the Nollywood industry’s increasing.

He justified the African market as the lowest hanging fruit for African creative products but said that until quite recently, “that market was fragmented and balkanized, such that a Senegalese knew more about creative products in France than in Ghana”.

Thus today, change has come!” he stated. With the African Continental Free Trade Agreement in force and trading starting in July, Africa would begin to break down the borders and a single market for creative products would emerge.

Rosemary Mbabazi – Minister of Youth and Culture of Rwanda furthered, the creative industry would enable collaboration and cooperation amidst African countries. The government of Rwanda had envisaged the creative and cultural industries as a key part of its economic strategy.

On the sidelines of the event, Afreximbank signed a term sheet with Made In Africa Inc. (MIA) to enhance company with a $190-million facility to finance the acquisition of African Fabric Holdings BV, Netherlands also known as Vlisco Group.

The facility being bisected into two slices, will also be used to enhance working capital to Vlisco group following the acquisition.

Kanayo Awani, Managing Director of Afreximbank’s Intra-African Trade Initiative, approved on behalf of the Bank, while Kojo Annan, Chairman and Founder of MIA, validated for the company during a ceremony held on the sidelines of the Creative Africa Exchange Weekend .

Vlisco Group designs, produces and distributes fashion fabrics, specifically of the African wax print style, for the West and Central African market and African consumers in global metropolitan cities. Its fabrics have grown into an essential part of African culture, receiving widespread attention from the art, design and fashion worlds.