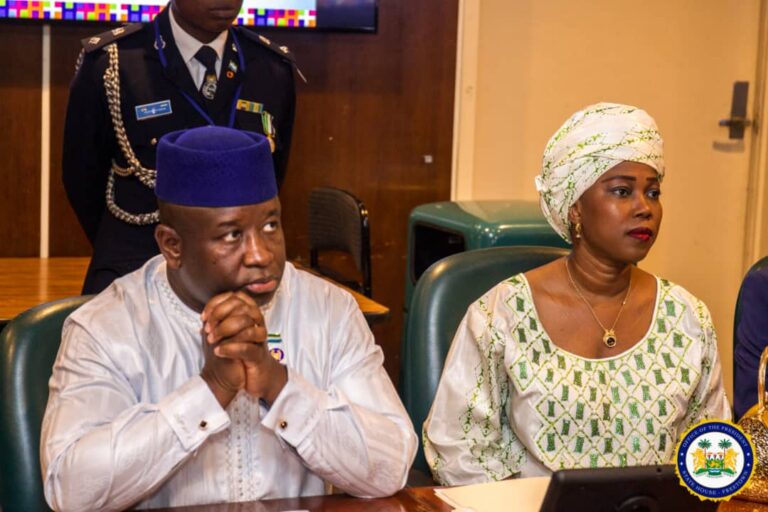 Sierra Leone was home to several Namibian freedom fighters in the SWAPO administration, and others who fled the affliction of colonialism, and later lived in, the nation and retained households.

The two statesmen, likewise remembered that some Namibians sought secondary and tertiary education in Sierra Leone, including Namibia’s current Prime Minister – Saara Kuugongelwa-Amadhila, who attended the Koidu Secondary School for Girls (Kono) and the St. Joseph’s Secondary School in Freetown, and many others in past and current leadership statuses in Namibia.

President Hage Gengiob was delighted to remark that, amongst several Namibians, he too was carrying a Sierra Leonean passport, which had saved him from deportation abroad at some point.

Namibia and Sierra Leone are members of the Committee of Ten African Heads of State striving to reform the United Nations and harmonize Africa’s proposal for a seat in the non-permanent category of the UN Security Council. President Bio is the current Coordinator of C-10.

The county’s greatest campaign to insulate girls is the flagship program of Dr. Fatima Bio. It was inaugurated in December 2018 mainly to send awareness raising, leverage policy, and aid women and girls to have access to reproductive health care and, medication for ailments such a Fistula and Cancer to annihilate abuses such as gender based violence, early childhood marriage, and rape.

His Excellency Hage Gottfried Geingob and his wife on December 11th, 2022 concluded his three-day visit that began on Friday, December 9th, 2022.