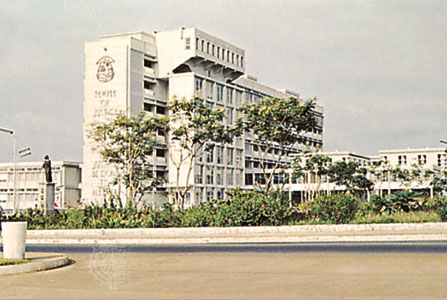 NEW AFRICA BUSINESS NEWS (NABN) Freetown, Sierra Leone- In cognizance with the MoU, 350 LRA Customs Officers will go through training in fundamental police science and other technical programs with the objective of bolstering their capabilities to recoup their place in the national security architecture of the country. The training will also exalt the skills of customs officers in accomplishing trade facilitation, border security and collection of lawful customs duties and taxes. The training will be conducted in phases and will be done over a period of time.

Speaking during the signing ceremony on November 25th, 2020 at the LNP Headquarters in Monrovia, LRA Customs Commissioner Saa Saamoi thanked the LNP for honoring the LRA request to train its customs officers.

He said with the signing of the agreement between the two institutions, the LRA Customs Department is well on track with the execution of its Customs Security Program which is a vital requirement to meeting the full standards of the World Customs Organization (WCO).

For his part, the Inspector General of Police Patrick T. Sudue, defined the signing of the MoU as an awesome stride in enabling to elevate the tier of professionalism of LRA customs officers and at the same support budgetary increment.

“The more we train our customs officers, the more the dividend will be shown by an increase in our budget and by extension, the financial revenue intake”, IG Sudue remarked.

He assured the LRA of the LNP’s agreement in implementing the MoU to the maximum.