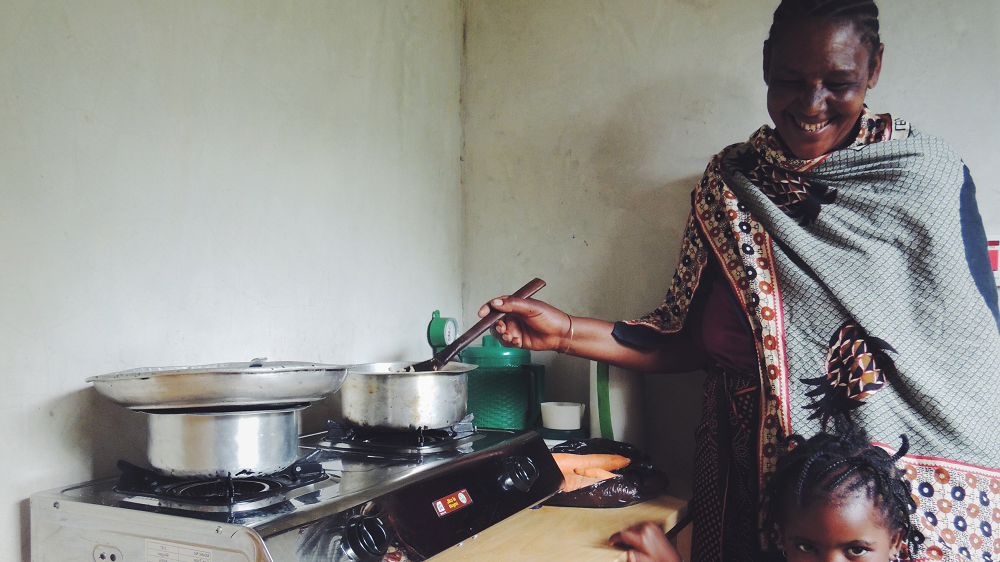 NEW AFRICA BUSINESS NEWS, Freetown, Sierra Leone- Monday under the patronage of the Mano River Union, with a clarron called to fast forward solutions to the region’s energy to the regions energy poverty; a conference for multi stakeholders in renewable energy and clean cooking opens in the country’s capital city-Freetown.

The conference which is being attended by representatives of governments (Energy Ministers and Parliamentarians), Civil Society Organizations, Development Partners, and the Private Sectors, President Julius Maada Bio said it was imperative to address the region’s energy poverty.

He said as part of efforts in that direction his government is developing meaningful regulations that encourages private sector partnerships. He announced that by 2022, 145 mini grids should be operational serving over 400,000 customers. President Bio insists that his government’s efforts “will contribute significantly to narrowing the disparities in energy access between urban and rural areas.”

“We recognize the challenges and we are aware that we will have to demonstrate consistent and focused leadership, leverage continued support from our sector partners, and also invest in re-organizing the sector and increasing generation sources and supply,” he noted.

“Our political leaders and the people in the sub-region are looking for results and it is my hope that following our substantive deliberations over these two days, we will deliver on a concrete plan of actions that will meet their expectations,” Amb. Wesseh said.

The conference was convoked under the leadership of Sierra Leone’s Ministry of Energy, the Mano River Union Secretariat and the Energy Nexus Network (TENN). It is the first High-Level Mano River Union Multi-Stakeholder Conference on Renewable Energy and Clean Cooking.

Speakers at the conference, which was under the theme: “Growing the Sub-regional Energy Market” called on participants and their respective governments to work assiduously towards to the achievement of the SDG 7 – access to affordable, reliable, sustainable and modern energy and clean cooking solutions while facilitating sub-regional integrated energy markets, to ensure harmony and shared prosperity across the union and the African continent.

Addressing the global energy context of the conference, TENN”s Founder and Chairmen, Kandeh Yumkella hope that the conference become an annual dialogue concentrating on providing the enabling conditions for the development of integrated markets following the European Union experience; the best energy integrated market in the world.

“In the EU” he said, “some countries are too small and have no energy. So, they buy from those that have. It is the same for Sierra Leone and Liberia; too small to attract big investments.” Yumkella further noted that both he and the minister are from different parties. However, when it comes to what benefits Sierra Leone, we think first about our country.

Mr. Yumkella also unveiled the construction of the offices and training facility of The Energy Nexus Network. “This will serve as a knowledge hub for Africa with partnerships and institutions from the United States, Europe and Asia.” TENN’s mission is coordinating energy access with key energy-enabling SDGs and building the energy ecosystem/enabling conditions and processes for scaling-up sustainable energy solutions. “A future where energy poverty is eliminated, energy access is synchronized with sustainable development and processes that are ready for scaling-up sustainable energy solutions,” he underscored.

Also speaking, ECREEE’s Executive Director, Mahama Kappiah underscored the work his organization is doing within the ECOWAS region and the immense potential for Sierra Leone to benefit emphasizing the need for sensible partnerships that helps to lure major investments.

In 2017, ECOWAS Heads of State adopted the West Africa Solar Corridor Initiative which, when fully implemented, “will allow the region to speed up the attainment of regional renewable targets by developing energy-based power and integrating same into the regional power grid.”

Other notable projects include the 270 million Regional Off-Grid Electrification Project – ROGEP supported by the World Bank and the West Africa Clean Cooking (WACCA). The ROGEP which aims to increase access to sustainable electricity services through standalone systems to at least 10 million people while the WACCA aim to ensure the entire population have access to sustainable and modern cooking fuels and appliances by 2030.