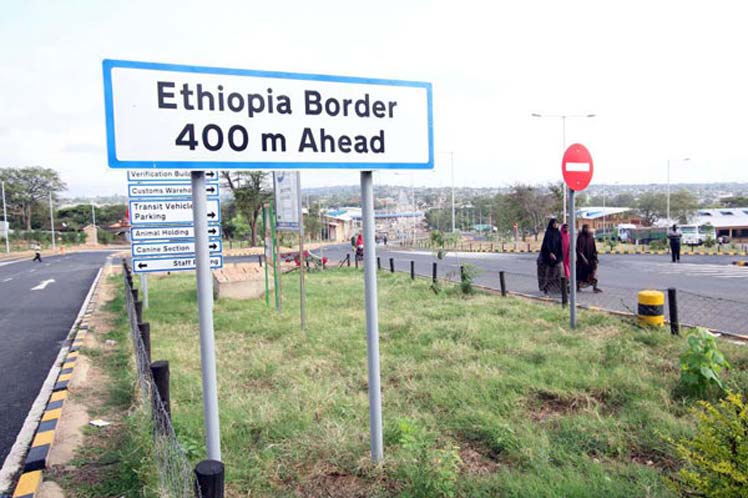 The project will assist Ethiopia to upgrade the single window service system, to increase interagency connectivity and to improve the connectivity of the two customs systems. The project is funded by the European Union under the COMESA Trade Facilitation Programme.

The State Minister of Trade and Industry of Ethiopia, Mesganu Arga, and COMESA Secretary General, Ms. Chileshe Kapwepwe separately signed the sub-delegation agreement. The EU will also finance the construction of the main building of the One Stop Border Post (OSBP) at the Ethiopian Galafi border post. Other components of the project include capacity building, training of the agencies’ staff present at the borders and holding of sensitization workshops.

Appreciating the European Union for the support rendered, the State Minister said: “The support is timely as the Ethiopian government desires to build on the current trade facilitation effort that will enhance the efficiency and ultimately reduce the cost of doing business as Ethiopia grapples with the negative effects of the COVID-19 pandemic.”

The State Minister also thanked the COMESA Secretary General and her staff for the technical support rendered during the development of Ethiopia’s project. Explaining the modalities of implementation of the sub-delegated activities, the Secretary General said it is envisaged the Ethiopian government will take ownership and lead in the
implementation of the activities.

“We foresee increased collection of revenue through increased trade flows,” the SG projected. She added that COMESA is committed to ensure that all borders are assisted to become more efficient and operate smoothly to deepen regional trade, which will lead to enhanced regional integration.

The Ethiopian government will proceed with the implementation of the sub-delegation agreement, which includes managing contracts, supplies and services, while COMESA will provide technical guidance. This is to ensure that implementation takes place in line with European Union procurement procedures, stipulated under the 11th European Development Fund (EDF).

The funds will also support capacity building for stakeholders on improved border operations and the implementation of a border information awareness campaign on customs cooperation and trade facilitation instruments.

The measures will lead to less bureaucracy, as traders will only have to submit their documentation once, and shorter clearance times will reduce the overall cost and time of transport. Likewise, non-tariff barriers, corruption and harassment along the two-border post are expected to reduce, with notable an increase in revenue collection through enhanced trade flows.

Jacek Jankowski, Ambassador of the European Union to Zambia and Special Representative to COMESA, acknowledged the development as a critical step towards seamless trade along corridors and at the Moyale and Galafi border posts.

“The sub-delegation agreement comes timely to boost trade flows within the Horn of Africa,” he noted.

The Ambassador of the European Union to Ethiopia, Mr. Johan Borgstam added, “Ethiopia, as a landlocked country, understands like no other, the importance of regional integration and trade. In line with Ethiopia’s homegrown economic reform agenda, the EU therefore supports Ethiopia and its neighboring countries in strengthening coordinated border management, with the aim of enhancing import and export efficiency and reduce costs to
improve competitiveness.”