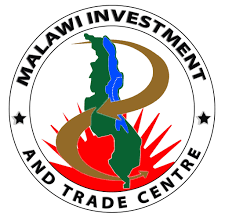 “There is a high demand of legumes in large volumes to be supplied to these markets which have already been secured as well as livestock like poultry,” he explained.

Several of the legumes contain 218 tons of sesame seeds primarily liked in China and the United Arab Emirates. 98,000 tons of beans in Tanzania, South Africa and Zimbabwe. 35,000 tons of rice in DRC, tea, macadamia nuts and coffee in Japan.

In upswing, cow peas, pigeon peas, soya, and sunflowers are wanted in nations like India and Zimbabwe respectively. Additional recent merchandises on the demand are honey with a high demand in South Africa (320 tons), tomatoes and pineapples which are similarly on high desire. He mumbled further that, poultry is generally expected in the neighboring Mozambique at a volume of 50 tons.

Chokhotho said, the Trade Centre has opened up chances for planters to peddle their products to maximize their profits through export. Entirely, eligible businesses, commercial farmers and cooperatives should take reason of the chance, he asserted.

And that, the Centre will promote all the bargains for each product and hence businesses, commercial farmers or cooperatives should contact their offices.

Deputy Director for Trade – Diamond Chikhasu, explained all essential protocols and statutes are in place to render that, there is a facilitative atmosphere for business.

“We have policies like trade, investment policies as well as National Export Strategy which are there to help in these business deals,” he let out.