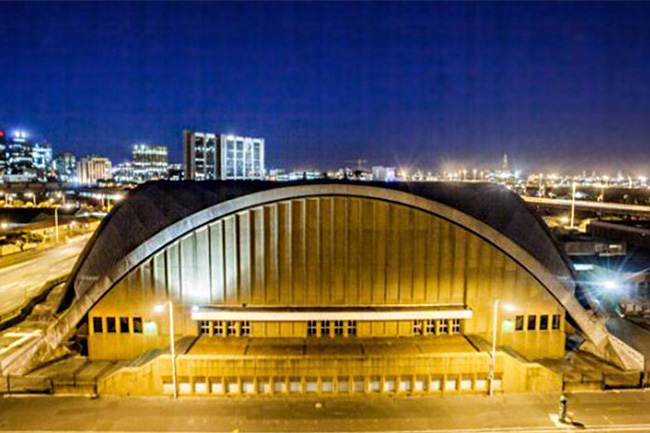 The project seeks to accelerate Africa’s lucrative film and television industries, attract large scale international productions to Africa, and establish a creativity cluster which will draw in companies and talents working in similar and related sectors.

The project will also increase local employment, stimulate business growth, and equip African talents with world class technical skills and experience in film and television production through the establishment of a Film Academy.

The development of the BMB Studios and Film Academy is in line with Afreximbank’s Creative Africa Nexus (CANEX) Initiative, a programme established by the Bank to support Africa’s creative and cultural industry. Recognizing the bankability of Africa’s creative industry, the CANEX programme is designed for African creatives and digital innovators and experts. CANEX also supports fashion, film, musicians and actors who aim to monetize their content across the digital landscape.

The construction of the studios will accelerate the development of talent, enhance content creation, while supporting and encouraging African creatives to use the world class technology to increase their remuneration and thrive in their careers.

Mrs. Kanayo Awani, Executive Vice President – Intra African Trade Bank commented: “The deal we are signing today is of the utmost importance, not only for the significant support it provides to Africa’s burgeoning film industry, but especially because of the studio’s multipurpose potential to serve a range of sectors in the creative industries, from music and film to gaming and virtual reality. At Afreximbank, we recognise the power of Africa’s youth and creative talents to catalyse Africa’s trade, create millions of jobs and promote the emergence of national and regional value chains. This industry is bankable, and we aim to support its growth, expansion, and sustainability. Afreximbank is proud to support this project.”

Mr. Ben Murray-Bruce commented that the BMB Studios and Film Academy is a response to Africa’s need for world-class technical skills and facilities that will accelerate the growth of its creative industries sector.

“From Netflix to Madison Square Gardens in New York, audiences are reveling in the magic of African storytelling. Now more than ever does the African continent need the world-class technical skills and facilities that will propel our creative industries to the next level. The BMB Studios and Film Academy is a response to this need and one that I believe will be a catalyst to driving agility, expertise and innovation in the African film and television industries.”
According to Mr. Murray-Bruce, the complex will deliver a differentiated business model across the film industry value chain.

“The Studio will be an environment where content can be produced, managed, and distributed digitally. The Technical Infrastructure will be the most advanced in West Africa designed to handle the large bandwidth demands of media businesses; future-proofed to manage the expansion in new media content.”

“We are creating a truly global platform for excellence in filmmaking, storytelling, and professional development. By 2030, I want the BMB Studios and Film Academy to represent the very pinnacle of what a studio and educational institution can be”.

David Howell, Chief Executive Officer (CEO) of MetFilm School, the education partners of the project said “MetFilm School is delighted to work with Silverbird on this exciting project. Our mission is to inspire a new generation of creative screen professionals, educating them in the new world of storytelling across all screen types. Our partnership with the BMB Studios and Film Academy will open opportunities to a new audience of future filmmakers and screen professionals.”