According to the participants, the current high cost of LPG could affect the policy objective of the Cylinder Re-circulation Model (CRM) seeking to increase the usage of LPG from current 25% to 50% by 2030.

Currently, about 75% of Ghanaians use alternate fuel mostly biomass -charcoal and firewood depleting the environment.

Speaking at the forum, the Chief Executive Officer of the Association of Oil Marketing Companies, Kwaku Agyeman Duah, expressed grave concern over the high cost of LPG in Ghana adding that it is among the highest in West African countries and called on the government to remove the tax build up on the product.

“We want to plead with our government that the tax on LPG should be remove making it cheaper for us so more Ghanaians can use the product so we can make 50% mark,” Duah stated.

The participants agreed that LPG which used to be subsidized has been imposed with tax component making it expensive compared to the use of charcoal which use is being discouraged due to its environmental repercussions.

The Chief Executive Officer of NPA, Hassan Tampuli, assured that, the authority will table the concerns before government to ensure that price of LPG is reduced and possibly become cheapest among neighboring West African Countries.

The stakeholder engagement is an ongoing exercise by the NPA, to galvanize public support for the CRM policy, educate consumers on the policy and also seek their views which are to be incorporated into a final draft document, before the final rollout.

Tampuli said Ghana and Nigeria are the only countries in West Africa yet to implement CRM policy hence the high rate of gas explosion incidents in these two countries which have led to lost of lives and destruction of properties.

He said many countries in West Africa have successfully implemented same policy.

“We are not talking about the policy in isolation, this is a policy that is being implemented in Togo, Benin ,Burkina Faso, Cote d’Ivoire , Sierra Leone, Mali, Senegal, Niger almost the entire West Africa Countries”.

He dismissed the fear that the policy would lead to job losses adding that it would rather create additional 4000 jobs.

The NPA intends to pilot the cylinder recirculation model (CRM) in Kwaebibirem and Denkyembuor Districts in the Eastern Region and Obuasi in the Ashanti Region in October this year.

The Eastern Regional Minister Eric Kwakye Darfuor on behalf of the chiefs and people assured NPA the full support of the region for a successful pilot of the CRM in the region. 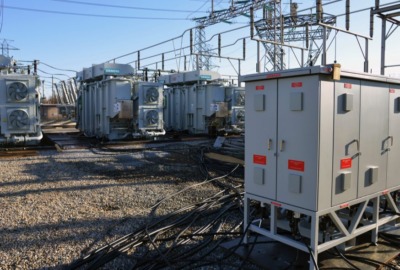