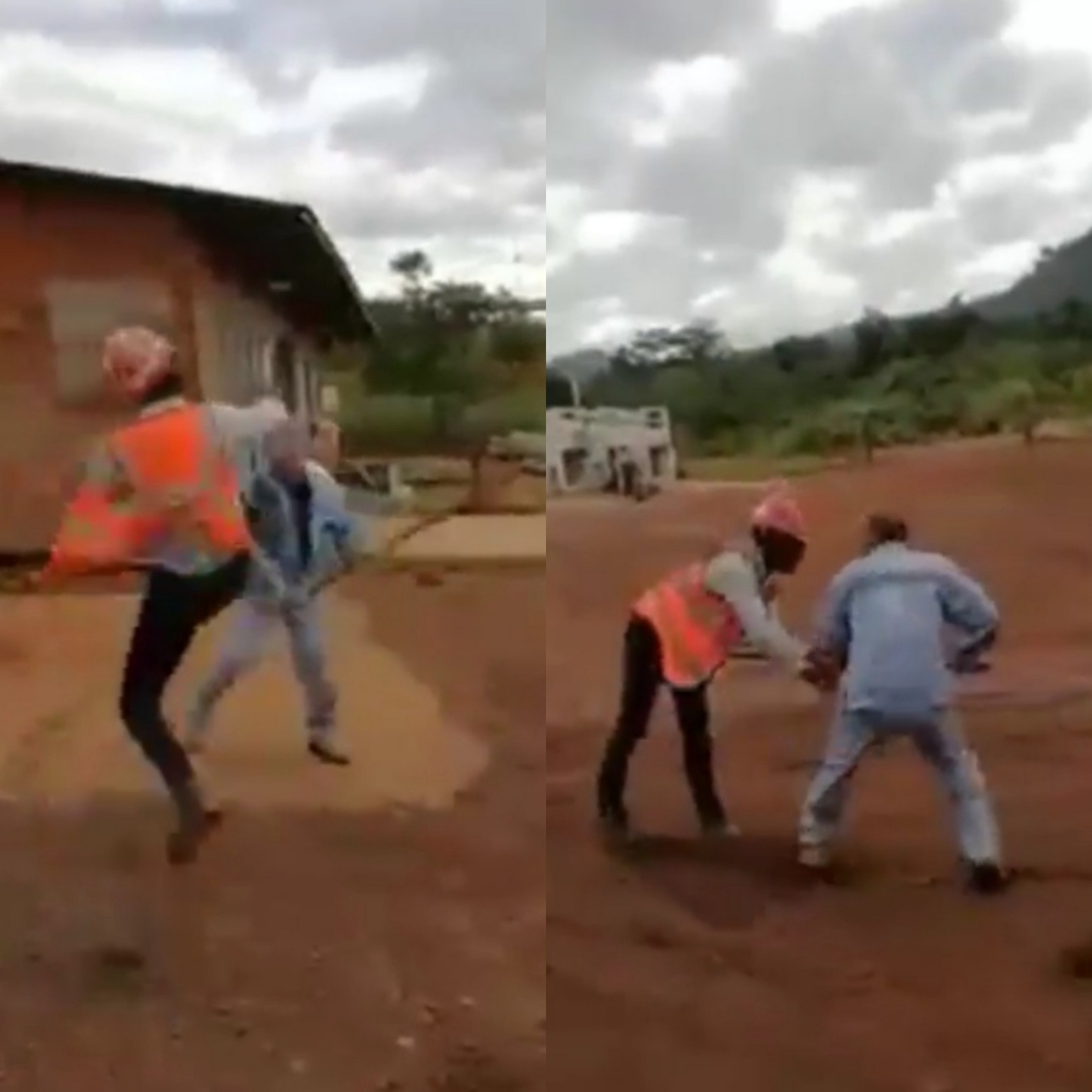 A Chinese fighting Sierra Leonean at a work site in the north of the country.
Photo: Linda Ikeji’s Blog

Tensions at the Tonkolili Mine Northern Province of the Republic of Sierra Leone flared as a smoldering contention instantly whirled physical, and it ended with the safety officer making an effort to gore one employee with a large stake.

‘It is on record!’ – Chaos erupts at Sierra Leone mine.

The shocking occurrence has uncovered the confrontation at play between the Chinese importance in Sierra Leone, and local behaviors towards major foreign businesses regulating within the country. This special fight was allegedly spurred by a disagreement about a training exercise, which was cutting into the workers’ scheduled workday.

The Chinese official then jogged off the handle, banging a clipboard out of a foreman’s hands. The worker didn’t take too kindly to the insult on show and nudged the project manager away. He finally appears back into shot, armed with a long pole, and attempts to stab Sierra Leone national with it. All hell then broke loose at the mining site.

Thankfully, the circumstance arrived at a relatively calm outcome. The annoyed Chinese official advises to empty the red drizzle, and it dawns on him that the whole ugly exchange has been caught on camera. Certainly, this was vital to show how the China Railway Seventh Group would handle their hot-headed representative – and he was duly fired.