$34.12 Million Scheme Doled out to Mambolo Chiefdom and Samu Chiedom in Kambia District of Sierra Leone and pari passu to Tomabum in Bonthe – Southern Sierra Leone, in a bid to Pioneer the Largest Scale Rice Planting Venture endeavored at ameliorating the Country’s dependency on the significance of the nation’s staple grub 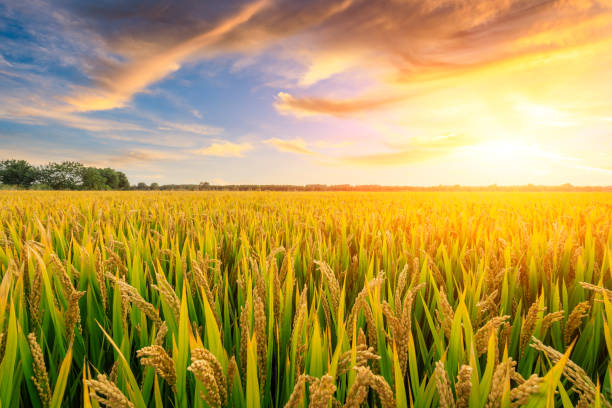 NEW AFRICA BUSINESS NEWS (NABN) Freetown, Sierra Leone- Tractors and supplementary agribusiness machines are being hauled to three locales in Kambia and Bonthe districts to pioneer the vastest scale rice farming project in many years, hoped at reducing Sierra Leone’s dependence on the importation of rice – the country’s staple eats.

The Co-ordinator of the RVCP let out, the two districts selected; were the extensively doable districts for rice production as the rivers Sewa and Wanjei along Bonthe and Scarcies in Kambia rendered in making those spots satisfactory for that type of farming.

“These two districts have the best advantage in the whole of West Africa for rice production’’, noted Bun Wai. Productive agribusiness for this planting season begins at Tomabum in February 2021 whilst enormous undertaking will get underway in Samu and Mambolo in March of 2021. The production will be of the outstanding tier and will
administer the timely familial market, divulged Bun Wai.

This enterprise is financed by the Islamic Development Bank and the Arab Bank for Economic Development in Africa (BADEA). Bulging on the status and capacity of government control over the project, Bun-Wai asserted, the administration of Sierra Leone would have some influence in concert with the financing pact, but that it’s mostly
a private sector-led one.

“We will encourage private companies in Sierra Leone to focus on seed rice production. We will be bringing experts from Africa Rice, the largest and most versatile seed experts in Africa for rice, and they are coming into the country very soon to engage the private sector players. They will select them, train and push them to do the job”.

On the production segment of the project he said: “They (Africa Rice) will also identify private sector companies, train them and give them the support to engage small holder farmers and turn them into productive entities for producing paddy rice. Then we would also look for entrepreneurs who will be trained to do rice processing to the quality of imported rice. They will buy the machines and we would support them to go into rice processing”.