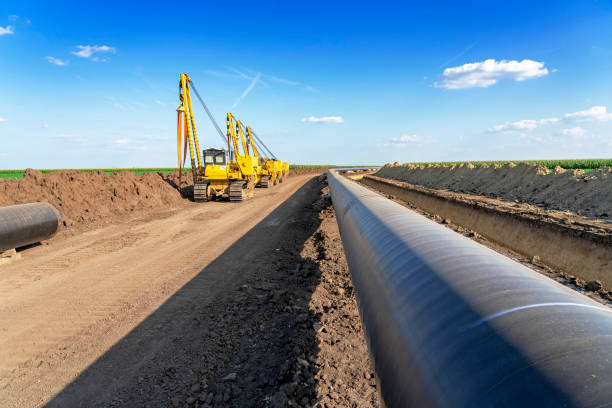 NEW AFRICA BUSINESS NEWS (NABN) Freetown, Sierra Leone-  The Pipeline to be constructed from Hoima District of Uganda to the Port of Tanga in Tanzania will cover 1,445km at $3.5 billion.

The project is credited to be the lengthiest electrically heated pipeline in the world. It is heated as a result of the waxy nature of Uganda’s oil. Uganda has discovered over 6.5 billion barrels of oil. And being amongst stakeholders, TASAC has ensured its enormous participation in the project to be inferred on time for the tremendous attention of the people of the two countries.

“In the project, TASAC has three major roles to play; a list has to regulate the maritime environment, safety and security,” TASAC shipping agencies Manager Nelson Mlali let out.

According to him, the agency also administers maritime transport service accomplishing Shipping Business on the exclusive authorization of the corporate corporation. And explained the role of Maritime Transport in the project, saying the sector is transportation of crude oil from the pipeline at Tanga terminal to international markets.

He further explained, some project cargo will be hauled by sea whereas, after culmination of construction activities, crude oil will be transported by sea.

Political and economic analyst – Prince Bagenda called on the administration to assure all people who will relinquish their areas to pave way for the projects are reimbursed accordingly.

“On implementing the projects, attention should also be put on households who will vacate their areas,” he explained during a workshop for journalists organized by Equator Communications Limited.

President Samia Suluhu Hassan in April, of 2021 was in Uganda to vouch the signing of the agreements at State House Entebbe.

Subscription
We are Subscription media online newspaper. Unlimited Access  for $1.99 per Month. To Subscribe email: info@newafricabusinessnews.com. Thank you for the support