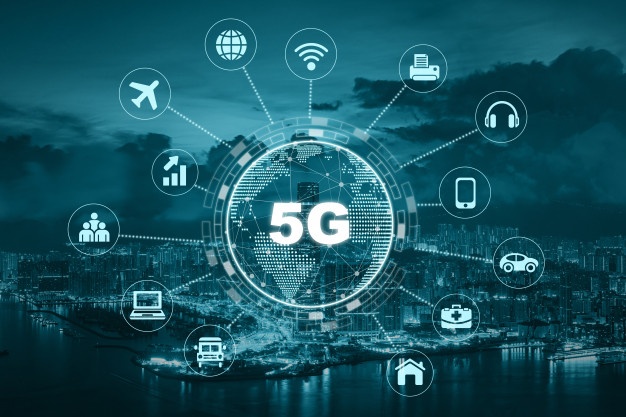 NEW AFRICA BUSINESS NEWS (NABN) Freetown, Sierra Leone– Varying from the $155 billion it reinforced to the Sub-Saharan Africa (SSA) thrifts in last year, the movable traffic is anticipated to boost this to $184 billion by 2024. The Global System for Mobile Telecommunications Association (GSMA) SSA Economy report, expressed on September 29th, 2020 at the incessant GSM Thrive Africa Conference.

On this note, the body noted, regardless the financial skepticism educe by the COVID19 predicament, operators in the region would invest $52 billion in infrastructure rollouts within the next five years. GSMA remarked that, the COVID-19 pandemic had a serious impact on the digital landscape in SA and around the world, expanding that, the social distancing measures put in place to deter the stretch of the pandemic have drawn to light, the importance of connectivity for social and economic wellbeing.

GSMA, which exemplifies the attention of portative operators worldwide, joining together more than 750 operators with almost 400 corporations in the broader mobile ecosystem, said the pandemic highlighted the significance of a strong and comprehensive digital economy, underpinned by universal access to fast, reliable internet and a range of digital services for individuals and businesses.

Preferably, the body discovered that, the mobile industry in SSA had largely soared to the challenge of keeping individuals and businesses connected during the pandemic, despite changes in data consumption patterns. Yet, it reported that with nearly 800 million people in the region still not connected to the mobile internet, it has never been more urgent to close the digital divide.

GSMA pointed out that, at the end of 2019, 477 million people in Nigeria, South Africa, Kenya, and other parts of the continent subscribed to mobile services, accounting for 45% of the population. It pinpointed that the mobile market in the region would reach several important milestones over the next five years.

“Half a billion mobile subscribers in 2021, one billion mobile connections in 2024, and 50 per cent subscriber penetration by 2025; these achievements will be underpinned by operators’ continued investment in network infrastructure,” GSMA stated.

It further disclosed that Smartphone adoption had continued to rise quickly in the region, reaching 50% of total rapport in 2020, as cheaper devices had evolve available. It pointed out that, Smartphone financing models are increasing suction, ascertained by the new partnership between Safaricom and Google, allowing low-income consumers to pay for 4G devices in daily instalments.

Thus, GSMA asserted over the next five years, the number of smartphone connections in the region would almost double to reach 678 million by the end of 2025, which will be an adoption rate of 65%. And the body reported that despite economic apprehension, operators would continue to invest in infrastructure rollout, especially mobile broadband networks; 5G will account for the majority of CAPEX from 2024, where out of the $52 billion budgeted, $15 billion will be expended on 5G.

GSMA said the transition to 5G will attain impetus in the 2020s. According to it, as of June 2020, 5G was commercially available from 87 operators in 39 markets worldwide, while another 84 operators had announced plans to launch commercial 5G services. It notified that COVID-19 has had an eclectic impact on 5G developments, demanding that operators in some markets, such as Sweden, were allowed to launch 5G early to ensure that sufficient capacity was available during the crisis, while the pandemic has halted the spectrum auction in India and interrupted rollout plans in markets including Greece and Portugal.

Globally, GSMA disclosed that there will be 1.7 billion mobile 5G connections by 2025, accounting for a fifth of total mobile connections. In SSA, the telecoms body said Rain has been offering 5G fixed wireless access (FWA) in South Africa since 2019. But, it pointed out that Vodacom and MTN launched the first major 5G networks in the region in 2020, offering 5G mobile and FWA services in South Africa and formally kicking off the 5G era in the region. The body cited that elsewhere in SSA, Telma Madagascar and Cable & Wireless Seychelles have announced proposals to launch commercial services, while 5G trials have been conducted in Gabon, Kenya, Nigeria and Uganda. It still remarked that, mass adoption of the technology is not coming in the region.

“With significant unused 4G capacity and 4G adoptions still relatively low on average, the focus for operators in the near term will be on increasing 4G uptake. This will involve strategies to make 4G devices more affordable and the provision of relevant digital content to drive demand for enhanced connectivity,” GSMA reported.