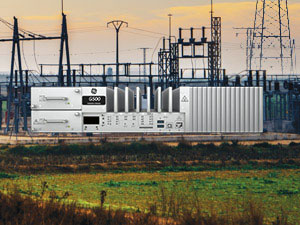 NEW AFRICA BUSINESS NEWS (NABN) Freetown, Sierra Leone– The announcements to catch up with the state of the power sector regulation in Africa and across the improving world. The AfDB and the World Bank carried a virtual blastoff circumstance on Thursday, December 8th, 2022 heeded by 240 government
administrators, regulatory forces, development finance institutions, and African and global private sector stakeholders.

The African Development Bank’s electricity Regulation Index (ERI), publicized in 2018, has been widely approved by regulators and additional stakeholders across the African landmass to measure electricity regulatory environments by way to steer reforms in the sector. This new fifth edition covers 43 of the 45 African countries host autonomous regulatory councils.

2022 captions the inaugural publication of the Global Electricity Regulatory Index (GERI) 2022, funded by the World Bank’s Energy Sector Management Assistance Program (ESMAP) and embarked in coalition with the African Development Bank. GERI censuses 82 non-OECD nations from across the world – about half in Sub-Saharan Africa and the remainder across Asia, Europe, the Middle East, and Latin America – and constructs portion of the World Bank’s widespread endeavor to improve a vigorous electrical sector regulatory climate.

Wale Shonibare – Director for Energy Financial Solutions, Policy and Regulation at the African Development Bank reported that, the Bank has initiated undertakings to mainstream electricity sector regulation problems in Africa since 2018, funding the institution of strong legal and regulatory receptacles and establishing encouraging
environments for private sector enterprise.

“This year heralds a crucial new stage for our research thanks to our collaboration with the World Bank. This allows us to compare African regulation with that of other developing regions and shows that the ERI has been influential not only in Africa but also the rest of the world”, he started.

“While a lot of progress has been made with the establishment of regulatory frameworks, the Global Electricity Regulatory Index (GERI) report highlights some systematic gaps, particularly about regulatory independence and the practice of tariff regulation,” said Vivien Foster, World Bank Chief Economist for Infrastructure.