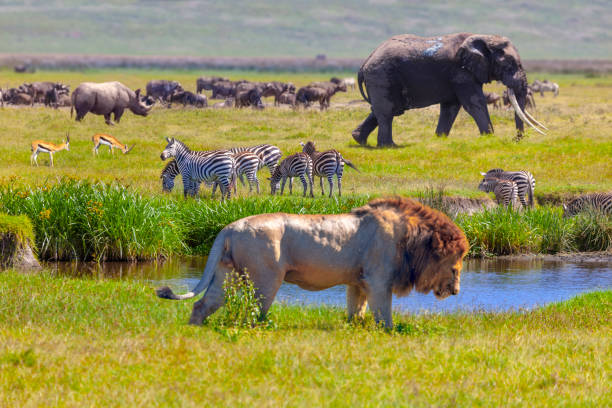 NEW AFRICA BUSINESS NEWS (NABN) Accra, Ghana- South Africa is stepping up investment for its wildlife and biodiversity sectors from a grant of $8.9 million from the Global Environment Facility (GEF).

The Catalyzing Financing and Capacity for the Biodiversity Economy Around Protected Areas Project aims to enhance South Africa’s stewardship of its rich biodiversity and expand the benefits of protected areas for local communities. It will also help address high unemployment and limited livelihoods options in and around protected areas as well as inequality in rural economies.

The project supports South Africa’s efforts to foster the unrealized potential of its wildlife and biodiversity sectors as drivers for economic growth, including through expanding conservation areas and mitigating threats to protected areas and conservation objectives.

Project activities include providing training, mentorship, and capital to micro, small, and medium enterprises (MSMEs); expanding the area of land under protected status through South Africa’s land stewardship program; and facilitating knowledge exchange to support expansion of the biodiversity economy across the country based on lessons learned from the three nodes.

The project is aligned with South Africa’s National Development Plan 2030 and its National Biodiversity Strategy and Action Plan 2015-2025, both of which identify the wildlife economy as an important sector for job creation and economic growth. It also supports South Africa’s climate change objectives and Nationally Determined Contribution to the Paris Climate Agreement. The project’s focus on inclusive job creation and economic growth through the development of MSMEs, integrated value chains, and entrepreneurship is also fully aligned with a draft World Bank Group Country Partnership Framework for South Africa.

Kenya to commence export of Avocados to South Korea, C S Betty Maina divulged in South Korea in the Coffee Expo with delegation of Agriculturalists, Exporters and Government Bureaucrats