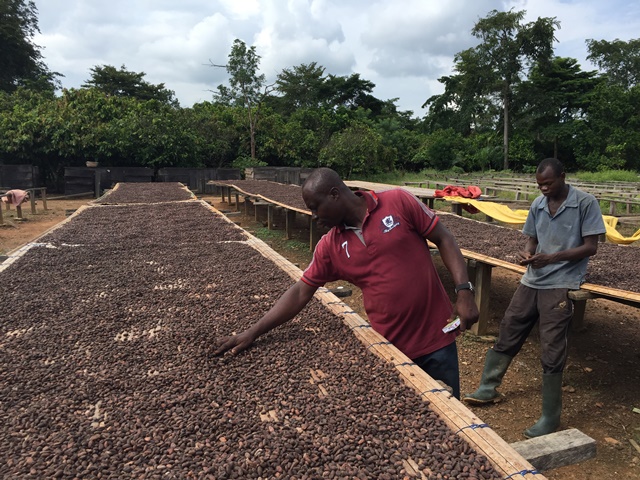 NEW AFRICA BUSINESS NEWS, Accra, Ghana- THE TWO world’s leading producer of cocoa, Ivory Coast and Ghana have agreed on a deal to sell the commodity with an additional living income premium of $400 (£320) a tonne added to the price.

According to the two countries, the scheme aims to work with the world’s chocolate makers in making sure farmers are lifted out of poverty.

Available statistics indicates that Ivory Coast and Ghana produce two-thirds of the world’s cocoa beans, but the volatile price of the crop often means the growers, many of whom are small-scale farmers have to accept low prices.

The agreement to impose what’s called a living income differential sum will take effect from next year.

The French chocolate maker Cemoi has confirmed it will be buying cocoa from Ivory Coast and paying the additional $400 a tonne, and it’s reported that global players in the industry, Sucden, Barry Callebaut, Cargill and Olam have done similar deals.

Traders have warned the scheme could backfire if it encourages a surplus of crops, which would drive prices down.

The agreement is the latest in a series of attempts to combat poverty among African cocoa farmers.

The price of cocoa traded in Europe hit a one year high in July, as the markets anticipated the pricing agreement by the West African producers.