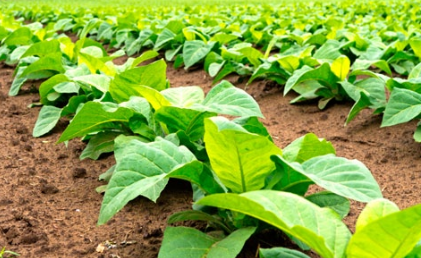 NEW AFRICA BUSINESS NEWS (NABN) Accra, Ghana- Zimbabwe has exported close to 50,000 tonnes of tobacco to different parts of the world since the beginning of the year, latest data from the Tobacco Industry and Marketing Board (TIMB) reveals.

Although TIMB did not indicate the value of the golden leaf so far exported, the bulk of the flue-cured tobacco has been absorbed by markets in the Far East, where 18,673 tonnes were sold followed by the European Union with 11,205 tonnes.

In its report, the marketing board noted that, as of March 12th, third position in terms of tobacco exports, the Middle East with 8,981 tonnes, followed by markets in Africa that have bought 6,967 tonnes from Zimbabwe. During the period under review, Europe and the Americas had bought 6,560 tonnes and 1,021 tonnes respectively.

Meanwhile, tobacco farmers have said they are ready to deliver the irrigated crop at the floors ahead of the 2020 selling season whose start date is yet to be announced.

Traditionally, the marketing season opens in March. TIMB has announced its commitment to ensure tobacco farmers will this year continue paying the growers 50 percent of their income from tobacco sales in foreign currency and the other half in local currency.

This year’s tobacco output is projected to decline by 13 percent to 225 million kilogrammes from a record high of 259 kg in the previous marketing season largely due to drought that hit the country last year.

Zimbabwe generates about US$1 billion annually from tobacco exports and the sector has in recent years been critical in sustaining the economy through improving the much-needed foreign currency reserves.

The country exports to over 60 countries around the world, among them China, Japan, the United Arab Emirates, Indonesia, Belgium, the UK, US, Brazil, South Africa, Botswana, Malawi, Egypt, Tanzania, Zambia, Mozambique and Lesotho.

Yanga in Tanzania Contour to Commence Formation of a Stadium