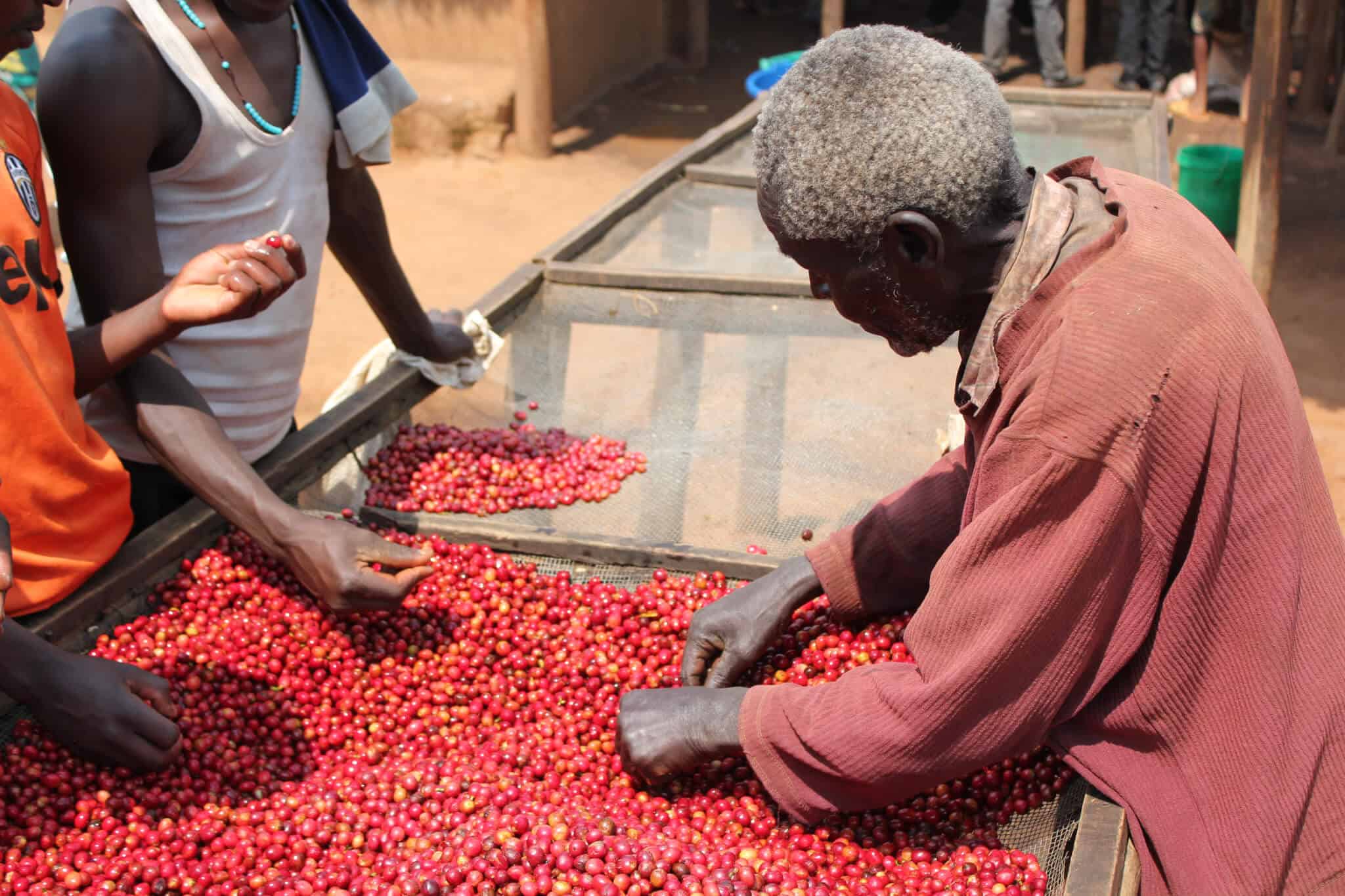 NEW AFRICA BUSINESS NEWS (NABN) Freetown, Sierra Leone- Uganda’s coffee export revenue and volume skidded back from its greatest report in May by 13%, a Bank of Uganda (BoU) monthly report has indicated. According to the BoU monthly report export accomplishment, in May Uganda ferried coffee worth
$47.1million (Shs167bn), down from $53.5m (Shs189b) earned in March.

“This saw the country earn $6.4 million (Shs22b) revenue less than what was earned in March when the country’s monthly receipts hit the peak ever,” the report reflected.

Uganda generates and exports two sects of coffee primarily Robusta and Arabica. Robusta seizes more than 80% of the market share while Arabica carries the continuing 20% share. The report exhibits that in May, the country shipped a total of 429,374 bags of Robusta coffee valued at $37.57m (Shs133b). While Arabica coffee exports in May were 64,676 bags worth $9.63m (Shs34b).

Apparently, this was over 855,000 kilogramme bags more than 5.0m kilogramme bags the country sent out in year ending June 2020. According to UCDA, the June volume is cast to go back to the 500,000 bags tendency as the main harvesting interval in the greater Masaka and South Western regions peaks.

“The increased exports would be fueled by increasing global coffee process which will enthuse exporters to release the stocks,” UCDA’s Executive Director – Emmanuel Iyamulemye remarked.

According to UCDA, the dry climate will also take advantage of a big part in stimulating the procurement of the coffee on the countryside.

Globally, 11.41 million coffee were shipped, up from 11.29m bags exported in March2021. This was a 4.1%  improvement. Though, UCDA’s Executive Director Emmanuel Iyamulemye conveyed suspicion that, the second wave lockdown may have effect on the logistics and might impact the export volumes.

“This is happening at the already fueling scarcity of containers for the transportation of the coffee from Mombasa to the destination,” Iyamulemye expanded.