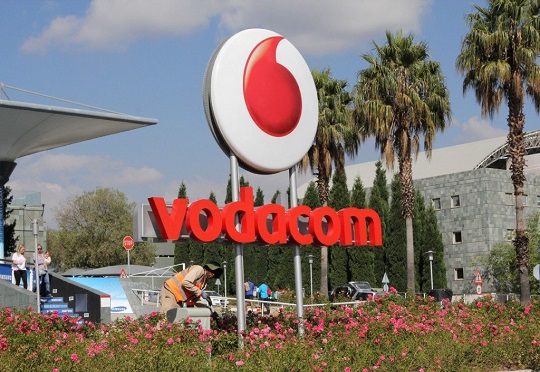 NEW AFRICA BUSINESS NEWS (NABN) Accra, Ghana– Vodacom KwaZulu Natal Region will invest just over R320 million into the network across the province during the 2020/2021 financial year. The lion’s share of the capital expenditure will go towards building new LTE base station sites in both urban and deep rural areas of the province.

This network acceleration will aid in removing barriers to communications, provide access to fast internet and help in driving digital inclusion among communities in deep rural areas of the province.

The availability of high-speed broadband is critical to deep rural development but research shows that deep rural communities are lagging behind in terms of broadband connectivity, excluding many from digital transformation. Providing network connectivity for people who reside in rural areas remains central to Vodacom’s commitment to bridging the digital divide.

Ishmael Mathinya, Executive Head for Operations for Vodacom KwaZulu Natal Region said: “We have always maintained that the key differentiator for us is the quality, strength and reliability of our network. At Vodacom, we believe investing in our network ensures that we deliver best-in-class coverage and customer service, not only to urban areas, but to people who dwell in township and deep rural areas as well, so they are well positioned to take advantage of the benefits of the Digital Revolution. This is why we are deploying more sites in rural areas in this financial period in areas which did not previously have network access.”

“There has been a massive focus on broadband connectivity in the rural areas, with LTE coverage specifically in the rural segment at just over 80% and plans to address remaining areas by the end of the 2021 financial year. Critically, the region crossed the 2000 base station mark in mid-year. Furthermore, we’ve completed an additional 625 sites as part of bandwidth expansion in order to provide far more improved data experience largely targeted in eThekwini and Pietermaritzburg,” says Mathinya.

A share of the capital expenditure will be used to roll out ultra-fast fiber, also to accelerate digital inclusion. For example, 56km of fiber will be installed in Newcastle running from Newcastle, Madadeni, Oswezwini, and Blaauwbousch back to Newcastle. This project will be completed on 22 December 2020. The National Long Route fiber in construction running from Durban, Scottsburg, Port Shepstone, Harding to Kokstad will be completed by the end of the 2021 financial year.

The upgrades will increase network capacity allowing the region to provide customers with super-fast internet speeds, great quality voice and reduce dropped calls. In particular, the investment will ensure that many people, who only had access to 2G and 3G, will be able to access internet for the first time through 4G/LTE and super-fast fiber networks.

In addition, given the challenges with load-shedding and the drive to ensure seamless network connectivity, the region embarked on a network resilience upgrade programme, investing just below R200m into the programme, which will be completed by the end of October 2020.