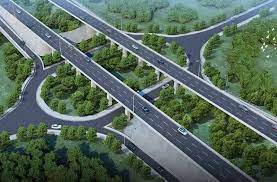 Faced with an overarching ‘debt overhang’ buffeting many of the continent’s 54-member states, the African Development Bank is dangling two options; float Green Bonds on security markets or entice cooperating partners to secure finance and close the continent’s current annual US$108 billion infrastructure financing deficit to close the gap.

The AfDB in noting Africa’s infrastructure predicament amid the crisis that linger over the continent with lust to integrate and industrialise and make it competitive in intra and international trade practices has two immediate options to use capital market instruments or draw donors to the table.

Africa’s predicament has further been heighted by geopolitical influence and “a debt overhang” that hinder the attainment of the much-espoused sustainable development in all growth sectors including agriculture, SMEs, among others, hence the need to stimulate financing options.

In 2019, the Pan African financial institution had in collaboration with Germany Cooperation (GIZ) GmbH, Financial Sector Deepening Africa (FSD) Africa and the Making Finance Work for Africa (MFW4A) sought to improve intermediation of LTF on the continent by strengthening knowledge generation and dissemination through the creation of a database and scored board to act as comparative indicators of the level of development for the fund.

The diagnostic efforts so far undertaken in three countries, Cote d’Ivoire, Ghana and Ethiopia as part of the market data intelligence, has however not been sustained for various administrative reasons although there is still zeal by the AfDB to sustain the research to determine the countries’ capabilities.

However, the willingness of Central Bank across the member states to assist in data collection have raised hope to supplement AfDB’s efforts to attain the objectives of the LTF initiative and help capture an accurate hope to improve data collection picture on the continent, raising a ray of hope for the attainment of LTF.

Mr. Durowoju calls for the unlocking of the potential endowed in 37-member states to access LTF through the creation of credible databases through enhanced policy reform while striving to make the database creation as LTF ‘one -stop-shop as priority for the realization of the long-cherished dream.

We the AfDB hope to improve data collection on the continent and strengthen the quality of available data, ultimately, we hope to encourage more dialogue between policymakers, governments and financial stakeholders to create a synergy that will provide solutions to our financing deficit and support African financial sectors and economies.

Zambia’s Central Bank Governor, Denny Kalyalya expressed the country’s unwavering desire to complement the data collection as sought by the AfDB and that the success of the LTF was vital for Africa’s quest to raise resources for infrastructure development to become resistant to climate crisis.

Dr. Kalyalya acknowledges the theme adopted at the Lusaka-three-day conference, propping a drive for LTF that has been endorsed by the Breton Woods institution-IMF for Africa to raise a staggering US$30-50 billion in additional funds per year for climate change adaptation through among other instruments, the Green Bonds, an alternative to debt accruals as it seeks to invest in infrastructure.

He acknowledges the risks associated with the climate change effects which has prompted policy makers to pay attention to the devastations and are actively taking steps to counter the effects.

The lingering effects of COVID 19 pandemic on world economies further serves to emphasis the unwavering need to raise LTF.

The Lusaka-based Bank of Zambia realizes the need to partner in the data collection and compilation and foster the generation and disbursement of the would-be funds for the intended purposes, though regrets the slow pace at which the diagnostic process was undertaken-covering a paltry three countries, hopeful the exercise would be revisited and expedited to allow Africa raise LTF.

“The Bank of Zambia is pleased to take part in the significant project and I can confirm that the BOZ has completed all necessary steps to submit the requested data for 2022,” he said in a speech read on his behalf by Ms. Gladys Mposha, the director, Bank supervision.