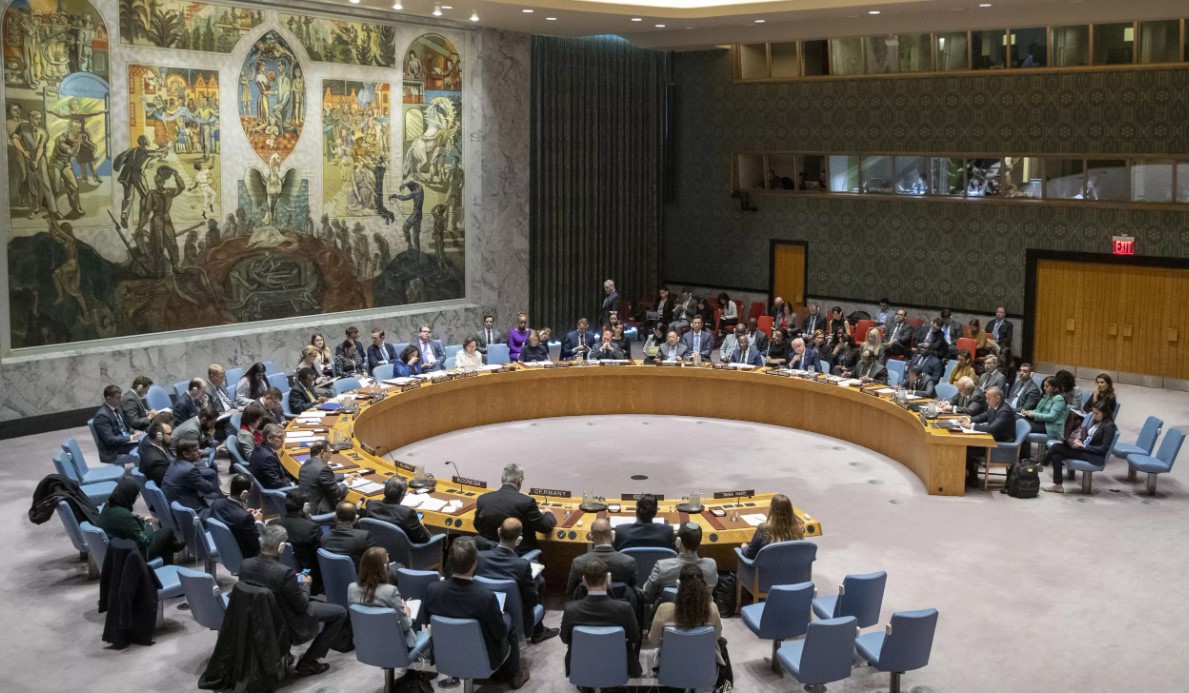 NEW AFRICA BUSINESS NEWS (NABN) Freetown, Sierra Leone- Kenya has succeeded the United Nations Security Council seat after winning against Djibouti in second round of voting June 18th, 2020. The session between Kenya and Djibouti bossed to the second session of voting on June 18th, after the first phase saw Kenya’s triumph, insufficient to gain a victory on the United Nations seat.

Apparently, with 191 of 193 nations voting, Kenya marked 129 votes, beating Djibouti which got 62 votes. This clearly could be explained that, the East African nation could, from January 2021 return to the UN’s most influential organ after twenty-three years where it will be part of key rulings on global peace and security. India, Mexico, Ireland and Norway had been elected earlier on Wednesday.

Some of those decisions, Kenya may be involved, may include sanctions, authorizing usage of force to maintain peace as well as electing judges of the International Court of Justice. Working alongside the five permanent members with veto powers (Russia, UK, US, China and France), Kenya will join nine other non-permanent members and could get a chance to preside over the Council’s sittings, an influential opportunity to influence agenda.

This vote also means an unmistakable legality for the role of the African Union, the continental body, in ratifying competitors from among member states to “act in its name.”

The vote, the second round of an election, saw Kenya sixteen more supporters votes from an earlier tally of 113 votes against Djibouti’s 78 in the first round. On Thursday, One by one, delegates representing 192 member countries were called in, to cast their ballots. They were all required to wear face masks. This year’s vote was also historic as there was no plenary session during the vote, part of rules to reduce public gatherings.

Under the Rules of Procedure of the General Assembly, candidates seeking a non-permanent seat on the UN Security Council must garner at least two thirds of the voting member states. 192 states cast their ballots on Wednesday meaning winners had to garner at least 127 votes or more to be declared winners.

On Thursday, the election that started at 4pm saw Venezuela as the only country banned from casting its ballot as it is still in arrears for its membership in the UN. Results were not in until after 8pm.

Those tools may have cost an arm and a leg, but it was a seat Nairobi couldn’t afford to lose. Nairobi’s latest bids at international, had primarily been unsuccessful. It had lost a bid to host the secretariat of the Africa Continental Free Trade Area Agreement to Ghana. It had lost its bid to have one of its own take over as Chairperson of the AU Commission. It also failed to host the regional offices of the Afrexim Bank.

In this contest, it was vying against Djibouti, a country from the same Eastern African region as Nairobi and which it beat at the African Union endorsement election in 2019. It abnegate on an earlier concession and launched parallel bid for the same seat.

“The very fact that two countries from the IGAD region are competing for a non-permanent member seat at the UNSC is pointer to deep divisions between countries at the sub-regional bloc. It means that IGAD has no gravitas, and will be given a wide berth on important matters of security and diplomacy by member states,” said Dr. Mustafa Y Ali, Chairman of the Horn International Institute for Strategic Studies.

Dr. Ali told the Nation that having two entrants from the same region was also pointer to weak multilateral diplomacy in Africa and a possibility of external influence.

“It is clear from the voting that African and IGAD affairs are shaped by extra-regional powers from outside the continent. This is another blot on Africa’s diplomacy, and a blotch on IGAD. Djibouti should not have disregarded African Union endorsement of Kenya. Kenya will now have to work harder and focus on her faithful friends, while at the same wooing doubting ones on her side,” he told the Nation.

Details of the voting patterns were not published, provided the private essence of the vote. But it was a race about bilateral ties for a multilateral seat. Djibouti banked on neighbors but lobbied heavily among members other organizations. In the wake of AU endorsing Kenya, Djibouti honored support from the Francophone Organizations as well as the Organization of Islamic Cooperation, both of which includes members from Africa.

Somalia, which has indicted Kenya at the International Court of Justice over a maritime boundary, publicly supported Djibouti citing ‘brotherly’ ties. Djibouti in turn gathered Somalia and Ethiopia for a summit on Somalia and Somaliland, and pitched again. Ethiopia did not indicate how it voted.

“In that sense, at least, the possibility exists of contributing to good outcomes, regardless of which country wins the soon-to-be vacant seat,” argued Leighton G. Luke, a Research Manager for Indo-Pacific Research Programme at the Future Directions International, an Australian research institute on geopolitics and the UN.

“Some concern creeps in, however, in terms of the any possible detrimental effect of this contest on the bilateral relationship. If not handled carefully by both sides, any resultant ill will could have the potential to damage the previously good relationship between Nairobi and Djibouti City,” he wrote in a commentary last week, referring to unfinished bilateral agreements reached in May 2018, including free movement of diplomats between them.

But Djibouti’s contest, some said had risked drawing a wedge in the continent. Usually, endorsed candidates still require two third majority of votes to be declared winners for the UNSC, as the UN itself doesn’t allow nominations.

But the Horn of Africa country had participated in the endorsement vote, a tradition established by the African Union to select candidates and avoid unnecessary bickering for posts allocated for the continent.

Was there external motive?

“Actually it is the unity of Africa, the power of Pan-Africanism that is at stake. The outcome of the vote will have great implications on not only the power and image of AU but also the cohesion of IGAD,” said Mr. Wilfred Nasong’o Muliro, who teaches international relations and security at the Technical University of Kenya.

“The question is can Africa make its global point or influence as a monolithic entity without being infiltrated by external, power interests such as Anglo-Franco phone dichotomy, global power interests and religious alliances?”