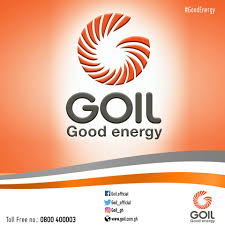 NEW AFRICA BUSINESS NEWS, Accra, Ghana- GOIL COMPANY Limited, one of the indigenous Oil Marketing Company (OMCs) has been inducted into the prestigious Hall of Fame category 2018 after chalking four successive feats as CIMG Petroleum Company of the Year in 2015, 2016, 2017 and 2018.

The company on the night, was also recognized as a CIMG celebrated legacy brand for keeping its brand going for the past 30 years and more and contributing in its ‘small way by being a trial-blazer and thought leader.

Speaking on the accomplishment, Mr. Kwamena Bartels GOIL Board Chairman said the company made a consolidated profit after tax of GH¢ 81.9 million which contributed to the success of GOIL.

On issues of Health, Security, Safety and Environment, Mr. Kwamena Bartels said GOIL was committed to achieving a goal of “Zero harm” to staff, customers and communities in which they operate.

Measures like Hazard identification, Risk Assessment, Workplace audits and inspection were undertaken to ensure the full realization of the goal.

Rigorous security measures with the assistance of the Ghana Police Service to protect lives and property were largely successful in deterring armed robbers and other criminals from GOIL service stations, especially those in the remote areas, where attack from armed robbers were rampant.

Mr. Bartels said through dedication and hard work, GOIL is now 14001:2015 (EMS) certified. He noted that GOIL has embarked on major diversification of portfolio to boost profitability and ensure a solid future. He, therefore, asked shareholders to continue to believe in GOIL.