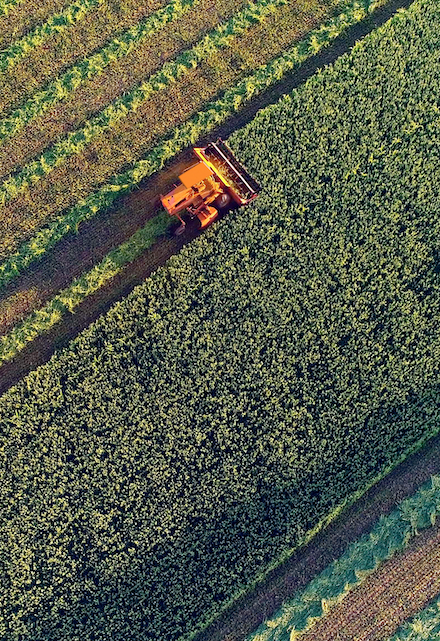 Green Gold Farms is tackling the problems of poverty, lack of economic opportunity, and malnutrition and related illnesses in Northern Ghana through large-scale agricultural production.

Despite abundant amounts of land, diverse agro-ecological richness and plentiful available labor, the majority of the two million people living in Northern Ghana are food-insecure. Limited economic opportunities leave many precariously close to the poverty line of $1.90 per day.

Ghana currently imports over US$2.4 billion worth of food annually. Such a high food import bill contributes to the country’s large trade imbalance, depletes its foreign exchange reserves – critical for paying off foreign debt, and essentially exports jobs overseas. Additionally, imported food is typically more expensive and of lower quality. For example, some imported frozen poultry products have been sighted to be over ten years old and preserved with harmful substances, which are toxic and known to cause serious health problems.

“It’s a shame that we have so much rich, arable land in this country, but are unable to put it to productive use,” says Green Gold Farms’ CEO, George Boakye Sarpong. “Most farmers don’t have access to capital or modern farming equipment, which would enable them to scale their production. Thus, they remain subsistence farmers, perpetually trapped in the cycle of poverty. As a result, we [Ghana] spend scarce resources importing food that we should be growing domestically.”

The capital raised will allow Green Gold Farms to invest primarily in capital equipment to scaleup production of organic and non-GMO crops such as maize and soybeans; generate large numbers of well-paying, sustainable jobs; and launch an out grower program for smallholder farmers. The company has partnered with local communities to secure over 60,000 acres of fertile land in the Northern and Eastern Regions of Ghana. The company will use its huge land concessions to engage in commercial-scale food production and, in the process, create tens of thousands of jobs, boosting the regional and national economies. These land partnerships have
already created over 400 well-paying jobs, the bulk of which have gone to women and youth from these partner communities.

Commenting on the deal, Grace Anim-Yeboah, Business Banking Director at Absa Bank Ghana, noted that the bank is committed to its critical role being an agent of economic change, growth and development. “We are excited to be playing a key role in shaping Ghana’s agricultural sector and connecting fast-growing companies, such as Green Gold Farms, with our financial resources and services. This will help the company fulfil its bold ambitions of revitalizing commercial farming in Ghana sustainably.”

Green Gold Farms is also developing an innovative out grower scheme that allows smallholder farmers to lift themselves out of poverty by training them on regenerative agriculture best practices, enabling them to produce on larger plots of land, and providing them with all of the necessary inputs and mechanization. Over time, the company aims to cede its primary production to these smallholder farmers and move up the value chain into processing and, eventually, into manufacturing.

The company is attempting to develop and scale a sustainable food production model in partnership with the public and private sector that can be applied to developing countries around the world to help lift billions of people out of poverty, and to do it in an environmentally sustainable manner.