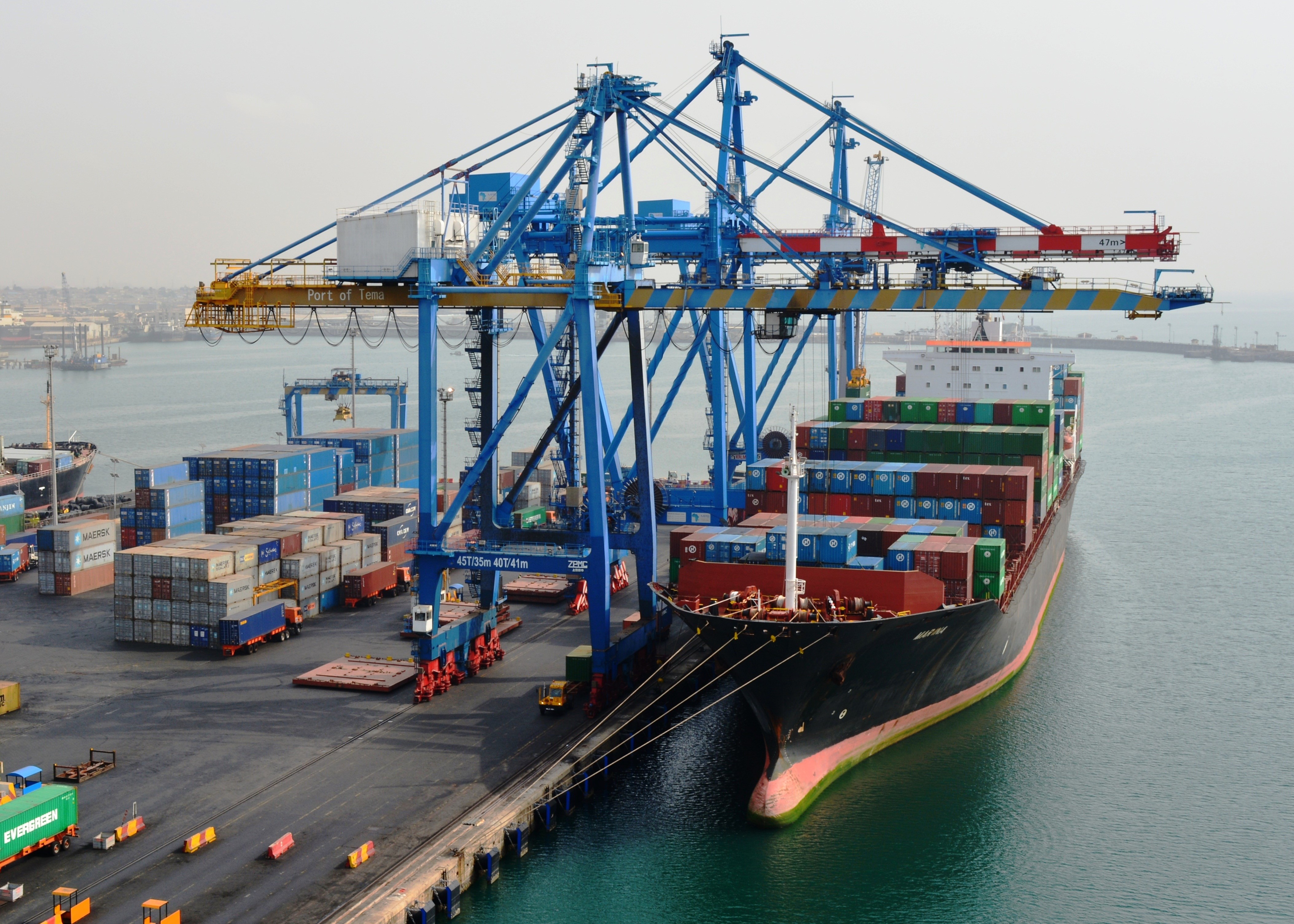 NEW AFRICA BUSINESS NEWS (NABN), Accra, Ghana- Works have begun on the $500 million-dollar Multi-Purpose Atlantic Terminal expected to pave way for the Takoradi Harbour to increase its annual container capacity from the current 50 thousand to one million twenty-foot-equivalent units of containers.

The integrated container and multi-purpose Atlantic Terminal Services is a build-operate-transfer project between IBISTEK, an indigenous firm and the Ghana Port and Harbour Authority, after GPHA granted IbisTek the concession.

The dredging works begun this month with the arrival of the cutter suction dredger known as CSD Zhen He, and it is expected to be completed by April this year. The Chief Executive of IbisTek, Dr. Felix Nana Sackey, says the dredging, which is a key milestone for the project completion schedule re-enforces IbisTek’s commitment to becoming the first indigenous major Port operator.

“As an indigenous company with a first time experience in the Port industry, you always have to prove that you can utilize the funds appropriately so that you can pay back; and so that is very significant in terms of the project development challenges that we went through, but finally we have proven to everybody that we are capable of managing those funds. We are hoping that the project would be completed before the planned commissioning which is the third quarter of 2021, and look at the long-term. IbisTek has plans of expanding the Port business to other sub-regional countries who have access to the sea where we can similar projects”

Dr. Felix Nana Sackey also added that the first phase of the project which costs 210 million dollars is on track with some jobs already created for locals.

“The contractor currently already has almost 400 people on site who are Ghanaians, but as the project progresses, that number will increase and as you can see, once the dredging is done we are going to move to the next level which is the place of the blocks in the water, and that will bring in some more people in addition to what they have now, so employment at the end of the day, we are projecting to hit about four thousand at the peak.”

The Director of the Takoradi Port, Captain Ebenezer Afedzi, said the dredging of the Atlantic Terminal construction is crucial to the overall objectives of the Port.

“This project is very important to us because for years Takoradi Port has been deemed to be a port only for bulk mineral ore and container vessels and the rest were not coming here as we expected. The reason was our Port had a deepest draft of 10 meters. Now, this terminal we are building is going to have a depth of -16 meters chart-datum . When we complete, we can bring in ships of up to -16 meters. The quay length for the container terminal is about 800 meters which is almost equal to the length of the old port.”

Captain Afedzi however added that although the multi-purpose Atlantic Terminal Project upon completion would increase Takoradi Habour’s annual container throughput capacity from the current 50 thousand to one million twenty-foot equivalent units(TEUs), it is rather impossible to just jump to that peak in the short-term, hence they’re looking forward to at least 200 to 250 TEUs in the first year after completion.

The Jan D Nul Project Manager, Calin Andreescu, said all is set to deliver the phase one of the project as anticipated.

“We started dredging in last month. We have commenced cutting of the basin area to -16 meters and practically it will be a basin that will allow very big vessels to come to the area. We have also started cutting trenches for the quay wall at -18.5 meters which is 2.5 meters below the level of the basin. That will be the foundation for the quay wall. We are hoping to finish the dredging works by April this year” he noted.

Africa President of the year 2020
Start Voting for Africa President of the year 2020. Nomination Starts February 01 & Ends December 15/ 2020. Please Submit your Nominee’s Name, Country, Brief Reason for the Nomination. Please Limit Submission to 100 words and One Submission per Person. Email all Nomination to info@newafricabusinessnews.com  .Africa President of the year will be announced January 01/ 2021. New Africa Business News. Africa’s Most Read and Fastest Growing Global Newspaper.  www.newafricabusinessnews.com
The Global International Company
International Business Consultant Company, Specialize With Companies Want To Do Business or Doing Business In Africa & The United States. Contact:  info@theglobalinternational.com
Invest in Modern Africa
Africa the Fastest Growing Continent in the World. Six of the World’s Ten Fastest Growing Economies are in Africa. More than Half of Global Population Growth between now and 2050 is Expected to Occur in Africa. This Decade Belongs to Africa as Technology Ripples through the Continent. Africa the Untapped Market. Africa Great Continent to Invest & Grow Business. Africa the Last Frontier for Investment. Africa is the Future.
Insurance Partners, LLC, A MBowe Group Company
Insurance Needs. Contact: info@buyusinsurance.com, Visit: https://thembowegroupinc.business.site/