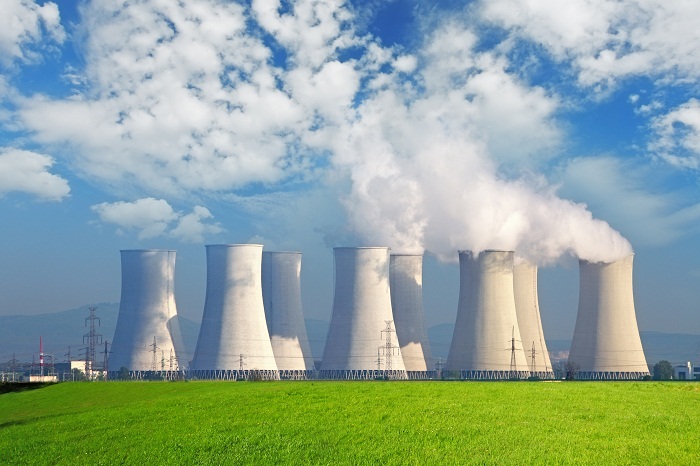 NEW AFRICA BUSINESS NEWS (NABN) Accra- Ghana has signed onto international treaties that will ensure that its quest to establish a nuclear power plant.

Executive Director of Nuclear Power Ghana (NPG), Dr. Stephen Yamoah dispelling fears among the public that the technology could pose harm to the country assured that anything short of using the plant ‘peacefully’ would cost the nation, and that, would not be risked.

Accompanied by other Executive Members of the NPG, the visit was to build partnership between both organizations for their mutual benefits.

According to Dr. Yamoah, nuclear energy as an alternative source of power for the country had long term benefits in terms of reliability and affordability.

“We are very much limited with our hydro generation as a country because 65 per cent of our resource have been exploited and coupled with environmental issues and climate change, among others, we are likely to face serious power challenges in coming years which is why we need to begin looking into the future.

Nuclear is not to knock off hydro or thermal but to provide a strong energy source that will balance the mix and offer long term solutions because once you start nuclear power, it can run for about 18 months at full capacity before you shut down for routine maintenance that gives you time to plan and recoup.,” he stated.

The Executive Director disclosed that four operating sites have been identified in the country for feasibility studies to establish the plant, out of which one would be settled on.

“This will take us about three-four years to take a final point but so far, all seven countries operating nuclear technology in the world have expressed interest in supporting Ghana’s drive and we are in talks with them to clear out financing and other contractual issues,” he said.

Dr. Yamoah sought the support of the NTC to help propagate the vision and mandate of the NPG moving forward in order to keep the public informed and dispel misconceptions about Ghana’s nuclear power agenda.

Managing Director of the NTC, Martin Adu-Owusu, expressed gratitude to the team for the call and promised the setup of an energy office at both editorial departments of the Corporation to publicize activities of the NPG.

“We believe when this is finally accomplished, it will be for the greater good of Ghanaians and do away with the erratic power supply we face in the country,” he pledged.

NPG is the project organization set up to manage Ghana’s first nuclear power project and designated to be the eventual owner and operator of the plant.

Sérgio Santos – Minister of Economy and Planning in Angola exhorted the Kenyan Telephone Corporation – Safaricom to subsidize in the Angolan market, with a perspective to boosting Competitiveness and pursuit in the Telecommunications Sector