Dangote and Partners Invest $1 Billion in Sugar Production in Nigeria 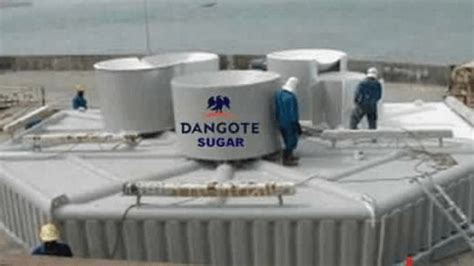 The investments were made as part of the Nigeria Sugar Master Plan (NSMP), a 10-year roadmap approved in 2012 with the goal of helping Nigeria achieve self-sufficiency in sugar production.

Earlier this year, Flour Mills of Nigeria Plc, led by Coumantaros, announced plans to invest N70 billion ($168.3 million) over the next three years to develop its sugar plantation in Nigeria’s Northern Region.

Dangote, Africa’s richest man, similarly committed more than $700 million to expand the operation of his sugar business by increasing the refining capacity of one of its plants, DSR Numan, from 3,000 tonnes of cane per day (tcd) to 6,000 tcd, 9,800 tcd, and 15,000 tcd.

The investment will also drive the expansion of the group’s Backward Integration Program (BIP) in accordance with the NSMP, as Dangote plans to put in place the necessary infrastructure for the eventual start of full-scale production.

The Federal Government recently extended the implementation phase of the NSMP by an additional ten years, from 2023 to 2033, in order to ensure that the plan’s goals are ultimately reached.

Adedeji stated that the NSMP has “forced indigenous companies to significantly raise investments in the BIP in sugar plantation farming and processing.”

This has boosted the revenue and profit of Dangote Sugar Refinery and the earnings of BUA Sugar Refinery Limited, which operates under the umbrella of BUA Foods, the unified food business segment of BUA Group.