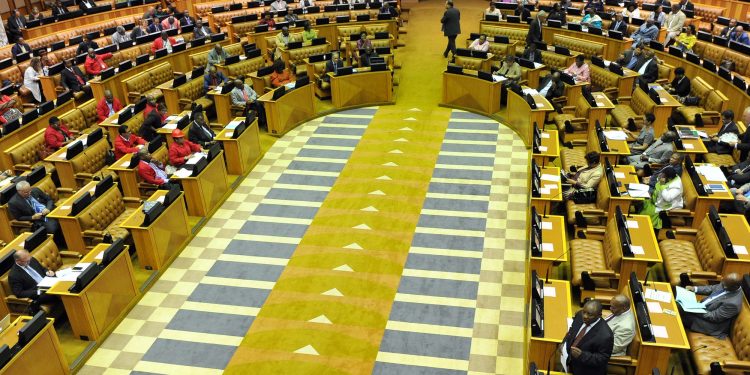 NEW AFRICA BUSINESS NEWS, Denver, Colorado- Late Nelson Mandela’s ruling Africa National Congress Party ( ANC ) won Parliamentary Elections according to the South Africa’s Electoral Commission Chairperson Glen Mashinini, who announced the election results on Saturday. He said out of the 400 Parliamentary  Assembly Seats, the ruling  ANC has 230 Seats, down by 19 Seats, with a 57.7 % of the votes Nationally.

He further announced that, the official opposition in the 6th Parliament the DA party has 84 Seats, EFF party with 44 Seats, IFP party 14 Seats, Freedom Front Plus party with 10 Seats, the ACDP with 4 Seats, the ATM, NFP, UDM, COPE, AIC and GOOD all has 2 Seats each. PAC and Al Jama’ah has one Seat each in the Assembly.

The current South African President Cyril Ramaphosa’s and the ruling ANC, faces challenge of regaining public confidence, internal divisions, the economic and corruption. Majority of South Africans according to latest polls do have great confident to President Ramaphosa.