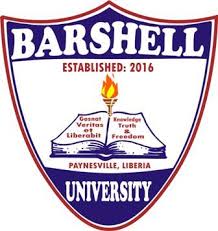 NEW AFRICA BUSINESS NEWS, Freetown, Sierra Leone- Normal academic activities at the Barshell University (BUC) in Paynesville, outside Monrovia were disrupted on Monday the 29 of April, 2019. The Chief Executive Officer (CEO) of The University – Ceebee C.D. Barshell who’s doubling as a sitting Representative of Montserrado County District #3, went on campus to “forcefully remove the president of the university from office.”

The lawmaker’s action, according to eyewitnesses, came short while after the university’s acting president, Dr. Wehyee Gonsah Mattalid resigned on March 21, 2019. His letter was due to take effect on Tuesday, April 30, 2019.

“Mattalid resigned because, the administration has failed to pay him his salaries arrears over the last five months,” an authoritative source disclosed.

One account alleged that when Rep. Barshell was violently trying to get Dr. Mattalid out of office, he got into a fistfight with one of the senior students identified as Archie V. Williams, and tore his shirt for the student’s refusal to join him (Barshell) to fight the president. Student Williams is studying Criminal Justice.

Archie said, he was attending to his school matters in the office of the Dean “when Rep. Barshell unexpectedly attacked me.”

Monday’s incident, which occurred at 1:00 p.m. reportedly left the entire campus in disarray with everyone, inclusively some faculty, staff and the Students’ Union Body running in absolute confusion.

One student, who asked to remain anonymous, intimated the New Africa Business News that; Monday’s incident was one of the regular actions exhibited by Rep. Barshell whenever a member of the teaching staff complained about salary arrears.

For Student Archie, he alleged that after a heated argument between Rep. Barshell and Dr. Mattalid, “I saw the CEO pushing the president down the stairs asking him to leave the campus.”

“He later told me to join him and also push the president down the stairs, but I did not respond and he later started beating on me. He slapped my chest and ears, tore off my shirt and threw me down the stairs, but one of my friends prevented me from falling,” Archie sadly explained in the midst of the stampede.

Student Archie V. Williams displays his thorn shirt, which he said was destroyed by Rep. Barshell.

In the ensuing confusion, Archie claimed to have lost US$400 that his brother sent from the United States to pay his fees and settle some family issues.

He described the situation unfortunate to have a sitting lawmaker using brutal force on a peaceful student, and also disrupting normal academic activities on campus.

The student said, if the school administration fails to address the issue, he will take legal action against the lawmaker for his “irresponsible behavior.”