As the West Africa Senior Secondary School Certificate Examination get started on the 15th April 2019. The New Africa Business News, Africa Correspondent – Abdul Rahman Musa Suagibu Bangura has been the trend on the launch of the Public Examination Monitors. The Ministry of Basic and Senior Secondary Education – New England Ville, Freetown on Wednesday the 10th of April, 2019 officially launched the Public Examination Monitors for all public examination to be conducted by the West Africa Examination Council. It all started at 10:00am at the Ahmadiyya Muslim Secondary School compound, Kissy Dockyard, Freetown.

The purpose of the launching of the Public Examination Monitors, is to squirrely inform and create an atmosphere in the minds of the public; that there is a group of people empowered by the Ministry of Basic and Senior Secondary Education in partnership with the West Africa Examination Council (WAEC) to effectively and efficiently manned the conduct of examinations throughout the country, in order to negate examination chicanery. And also to register a free, fair and credible examination. The reason behind this is in pursuance to achieve the demand and desire of the government of Sierra Leone; since education is its flagship programme and to regain the nomenclature of the lost glory of education in Sierra Leone that was once referred to be the “Anthems of West Africa”.

In his opening remarks, the chairman who doubled as the Chief Education Officer at the Ministry of Basic and Senior Secondary Education – Dr. Alhaji Mohamed Kamara-emphasized that, to compliment government’s efforts in giving free and quality education; it must have quality and relevance. He furthered that, the gap in conducting examination is so compromising that; pupils passed examinations but do not merit the results. He said the launch of the Public Examination Monitors is part of the Ministry of Education of Sierra Leone free and quality education programme. Dr. Kamara said, the Ministry of Education is in the process of revamping the educational system in Sierra Leone that over the years experienced a decline in standards. In addendum, they as ministry along with stakeholders of education have decided to heighten the level of vigilance, honesty, and credibility that the examination deserves. He advised that; principals of schools, ministry of education officials, supervisors and invigilators, candidates, parents to some ways; have been very much compromising in the conduct of the examination process.

Head of WAEC Sierra Leone-Arnold B. Kamara said, during WAEC’s last Sierra Leone Administrative and Financial Committee meeting held in Freetown; an approval was given of increment to be made on the enumeration of supervisors and invigilators. That is going to take effect immediately after the conduct of WASSCE of 2019. Two years ago, in one of the international examination committee meetings held in the Headquarters of WAEC in Ghana. It was agreed that, WAEC release results within fourty seven days after the conduct of the last paper. 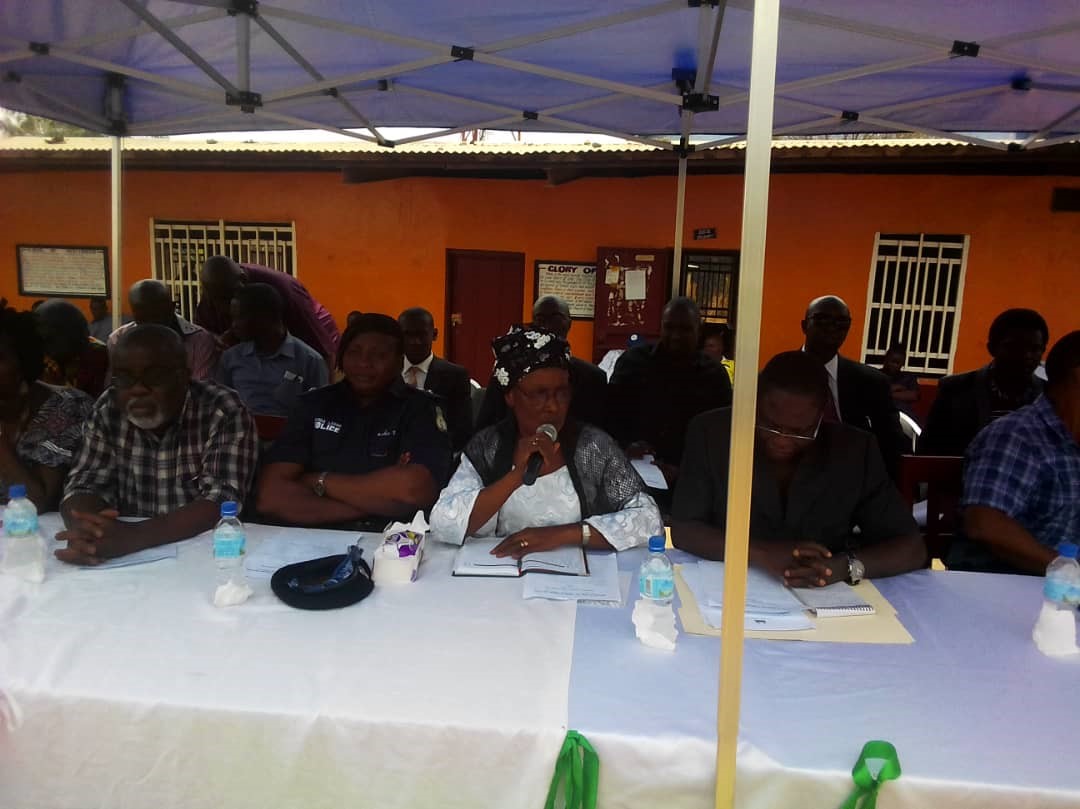 He did promised that, they will meet that target provided their expectations are met by the government of Sierra Leone through the Ministry of Basic and Senior Secondary Education. He said, he felt good seeing WAEC yawing for a historic examination. It’s like A NEW DAWN FOR SIERRA LEONE EDUCATIONAL SYSTEM, with the resilient efforts and awareness of all and sundry, WAEC as an examination body that systematized and synthesized has the mandate to conduct examination in the sub-region of five English West Africa countries and award of credible certificates to pupils that that writes the exams in Ghana, Liberia, Sierra Leone, the Gambia and Nigeria. An examination malpractice is evidenced all over the globe and WAEC Sierra Leone has gone a step further to institute rules and attached penalties to offenders of examination chicaneries. He thank the Ministry of Basic and Senior Secondary Education and all other educational stakeholders to serve as collaborators to come closest to the heart of WAEC in conducting and assessment of credible, free and fair and quality education in the new of the new dawn for Sierra Leone educational system.

In the keynote address and official launch of the “Public Examination Monitors,” the Deputy Minister of Basic and Senior Secondary Education – Madam Emily Gogra said, indeed as a ministry, they stand in the fore front; to put examination malpractices at their back. And changing the narratives to have things straight in the educational system in Sierra Leone. Over the years, there has been a blame game between, the teachers, pupils, principals. She said there are three sets of people that are responsible for examination malpractices. Parents, the schools, and school pupils. That’s why in their wisdom as a ministry; they have incorporated examination monitors to strengthen the weak system. She said “integrity” is the watch word to hinge on in order to efface examination malpractices. She said parents, the school and the school children, should stop greasing the palms of examination officers in order for candidates to score high grades in public examinations for which they could not be able to prove their mettle when they face the competitive world. Continuation of this will degenerate the human resource of Sierra Leone and by extension not protecting the integrity of themselves and the pupils. She admonished the pupils present especially the girls not to be baby carriers, but to be very studious in their academic work. They need talents that would take over the mantle of power when they would not be able to take part in governance so actively. She extended in her address that “the root of all evils is lack of knowledge is not money”. She made references to the book of Hosea 4:6 that “Because of lack of knowledge, the people perish”.

That’s why the majority of Sierra Leoneans perish thus; the lack of knowledge. Teachers said, they want an increment on their salaries, but when candidates results were published, one can seldom see a pass in the results of the candidates. All this, is as a result of lack of integrity and carelessness on the part of the teachers. She advised all educational stakeholders to collaborate with the invigilators to frown at all form of examination malpractices and wish the monitors well in their new appointment.