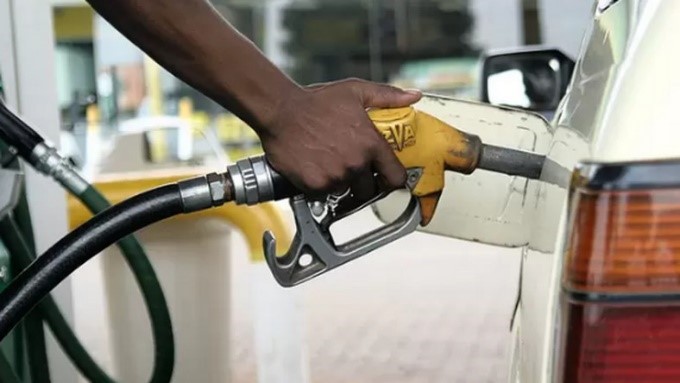 NEW AFRICA BUSINESS NEWS, Accra, Ghana- THE INSTITUTE for Energy Security (IES) in Ghana has predicted fuel prices in Ghana is likely to drop within the band of 3 to 5% at the pump.

IES in a statement released on Monday said its forecast is based on the fact that ‘average Brent crude price has fallen by 9.50%, Gasoline by 14.86% and Gasoil by 10.88%.

“We also note that the Cedi lost 1.32% of its previous value to the U.S Dollar within the window.”

“On this basis, the Institute for Energy Security said all things being equal, foresees fuel prices on the local market falling within the band of 3% and 5% at the pump,” IES said.

A research analyst at IES Mikdad Mohammed, said the window under review saw prices of Gasoline and Gasoil remain largely unchanged due to a strong intervention by the National Petroleum Authority (NPA).

Mohammed said as a result, average prices of Gasoline and Gasoil still stands at GH¢5.21 and GH¢5.18 respectively. Also in the window, the Ghana Standards Authority (GSA) uncovered ‘pump-cheating’ by some selected Oil Marketing Companies (OMCs) in Accra.

He said some of the named OMCs have however disputed the GSA allegation with explanations. All things being equal, IES Market-scan shows Benab, Pacific, SO Energy and Lucky Oil sell the least-priced fuel on the market.

The research analyst said on the world market, prices for coal, natural gas, LNG and crude oil have all dropped significantly in recent weeks. Analysts have attributed this development to the fear of global economic growth slowing.

“On Brent crude, oil leaders are due to meet in Vienna even as Saudi has assured that OPEC would not let the oil market slide any further. Within the window, accusations and counter-accusations among U.S-Saudi-Iran-about a tanker attack off the Gulf Oman, it appears a major conflict could be sparked in the region.”

He added that in actual crude pricing terms, average Brent crude price has fallen by 9.50%; dropping from $72.15 per barrel to $65.30 per barrel. Prices of finished products based on standard and poor’s plats benchmark have fallen heavily. Gasoline and Gasoil prices have reduced by 14.86% and 10.88% respectively.

The Cedi’s gains over the US Dollar is beginning weaken. IES economic desk computed figures show the cedi depreciated by 1.32%. The cedi which sold at GH¢5.29 two weeks ago at the last window is currently selling at GH¢5.36.

“We also note that the Cedi lost 1.32% of its previous value to the U.S Dollar within the window. On this basis, the Institute for Energy Security (IES), all things being equal, foresees fuel prices on the local market falling within the band of 3% and 5% at the pump.”

“While we advise Ghanaians to look out for competitive prices in their choice of a fuel retail outlet, we wish to call on the GSA and the NPA to intensify their monitoring of the fuel retail market to ensure Ghanaians get quality fuel at their money’s worth.”

He added it is our considered view that the present sanction regime for OMCs whose pumps/attendants cheat their customers is not deterrent enough. Advisedly, OMCs should up their own internal monitoring to safeguard the interest of customers who patronize their services.