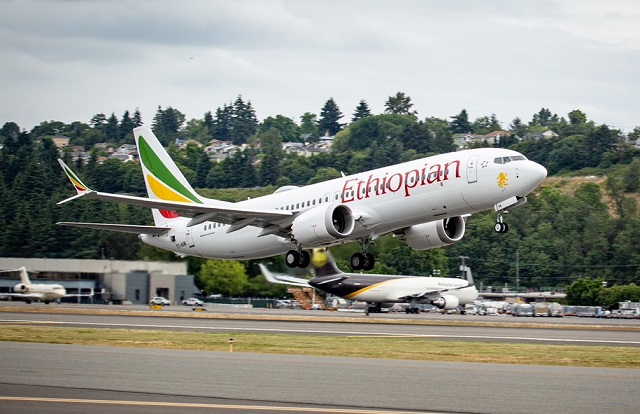 New Africa Business News, Denver, Colorado- March 10th crash of Ethiopian Airlines Boeing 737 Max 8 jet. Just about two minutes after take off the Captain of  Ethiopian Airlines Flight 302 said the plane was having problems. The Pilots then started having trouble controlling the plane.

The preliminary crash findings show pilots followed all recommended procedures.  The report based on flight data and cockpit voice recorders on the Boeing 737 Max 8. Findings including the faulty sensor data drew the strongest link between the March 10 crash in Ethiopia and the Lion Air flight that crashed in Indonesia in October last year. Both of these  Boeing 737 Max 8 planes killed 348 in total.

The planes maker Boeing said that, to make sure unintended activation of the MCAS system does not happen again. They are developing software with an associated comprehensive pilot training for the Max. Boeing also want to update the software and adds several layers of protection, that will stop erroneous data from activating the system.

19 Jailed in Guinea Konakry over Murder of Public Treasury Leader