Close Down Domestic Ivory Market, Africans Call on Japan Ahead of 2020 Olympics 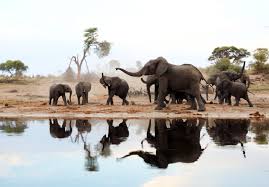 NEW AFRICA BUSINESS NEWS, Accra, Ghana- MANY AFRICAN countries has called on Japan to save the elephants by closing its domestic ivory market, one of the largest in the world during the ongoing international wildlife conference in Geneva to better protect the world’s vulnerable species.

The call came from the African elephant coalition, a consortium of 32 member countries aiming for a healthy and viable elephant population free of threats from international ivory trade, during the 18th meeting of the conference of the parties of the world wildlife conference on trade in endangered species (cites) held in Geneva.

The coalition said it believes that Japan’s domestic ivory markets is presently one of the largest in the world and helps to fuel the illegal ivory trade, which is indirectly fuels poaching and illegal killing of African elephants across all regions of Africa.

It urges japan to follow the examples of China, France, Luxembourg, Singapore and others by closing its ivory markets ahead of Tokyo 2020 Olympics.

“Failure to do so will enable the chance for millions of tourists to access or buy ivory freely. This is not the Olympic legacy Japan wants,” it said.

According to the coalition, an average of 55 of these majestic creatures are killed across the African continent every single day, which could wipe out the entire species within our lifetimes.

Countries all across the world are closing down their ivory markets, irrespective of such requirement from cites, but in response to the crisis faced by the African elephants.

“Illegal killing of elephants for their ivory is a major problem across much of Africa, threatening the survival of many populations of both savannah and forest elephants.”