NEW AFRICA BUSINESS NEWS, Accra, Ghana- THE HOPE of a United States of Africa was raised a notch higher on Sunday, July 7, 2019 with the official launch of the African Continental Free Trade Area (AfCFTA), at the 12th Extraordinary Summit of the African Union (AU), held in Niamey, Niger.

Scheduled to become operational, on July 1, 2020 AfCFTA is arguably one of the most important steps towards Africa’s integration, economic independence and global influence since the founding of the Organisation of Arican Unity (OAU), now AU, in 1963.

To begin, it brings together all 55 independent states of Africa, except Eritrea that is yet to join and the eight AU recognised Regional Economic Communities (RECs) to form a single African market of goods and services for the estimated population of 1.2billion with projected combined Gross Domestic Product (GDP) of US$3.4 trillion and a 52% increase in intra-African trade by 2022.

From a historical perspective, with particular reference to the average performance record in the execution of previous AU led programmes for growth and development of Africa, skeptics may be justified in calling the whole AfCFTA programme overambitious.

They argue that the UN Economic Commission for Africa (UNECA) and the UN Conference on Trade and Development (UNCTAD) projections of increased intra-African trade, that are based on assumptions of removal of non-tariff barriers and harmonisation of custom procedures, that have not been achieved, should be discounted when touting the prospects of AfCFTA.

Fifty-six years ago, in Addis Ababa, Ethiopia, 32 leaders of African states gathered to form the OAU, with the goal of political and economic integration. That goal remains a dream, despite the many efforts that have been thrown at its attainment over the years.

Launch of the New Partnership for Africa’s Development (NEPAD) and the accompanying African Peer Review Mechanism (APRM), a little over a decade ago, came along with the promise of good governance and continent-wide development.

While the promise is yet to be achieved the NEPAD and APRM vehicles of change, enthusiastically embraced from Ghana to South Africa, through Kanya to Nigeria and Algeria etc, seem to have collapsed.

Should AfCFTA succeed, it would definitely increase trade among African countries, enable unprecedented exponential economic growth that would take millions of Africans out of poverty and above all, earn Africa respect in the global arena of trade and investment as a reliable source of raw materials and finished products.

While it is normal to make such assumptions, the geopolitical complexities of Africa requires that realities on the ground are as much as possible, taken into account to help with the management of expectations.

Unlike the European Union, which has its own challenges but remains a good model for AfCFTA, many African economies remain fragile and uneven at various stages of development, making it difficult for the implementation of standardised regulatory policies that must go with building viable trade areas such as AfCFTA, to work.

At the regional level, there is lack of compliance among the eight AU recognised RECs. The inability of the Economic Community of West African States (ECOWAS) members to meet the convergence criteria for use of the proposed single currency to take effect, is a case in point.

Of the continent’s combined GDP of $2.25 trillion in 2017 for instance, three nations – Egypt, Nigeria and South Africa accounted for 50%. How to strike that delicate balance in fairness to all member states both big and small, would require master strokes that can only come from leadership that is capable.

Zimbabwe in Preparedness for 5G Networks

Thank you for covering the whole... 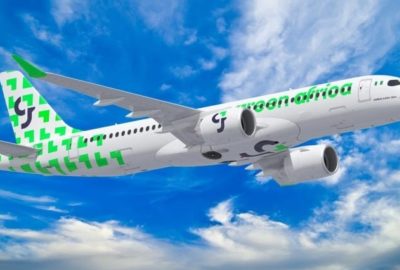