A nurse, at Shalom Hospital in Machakos boards a police vehicle on May 5, 2019. She is suspected to have injected a seven- month-old baby with a lethal substance. The baby later died Photo: Abdul Rahman Suagibu

Baby Ethan Muendo was injected with a 2ml dose of Morphine, according to a prescription seen by the press.

Wikipedia has it that, Morphine is a medication of the opiate family which acts directly on the central nervous system to decrease pain.

It can be taken for both acute and chronic pain. The baby had been taken to the hospital for treatment after his left hand was scalded by hot water. According to the baby’s mother Ms. Juliana Mutheu; the infant developed breathing problems and died barely two hours after the injection.

“He suffered a burn on Saturday night but since the burn was not serious, we decided to take him to Shalom Hospital on Sunday morning where he was given an injection to relieve pain. The nurse then dressed the wound,” Ms. Mutheu told the press.

She added: “We went home but the baby developed breathing difficulties, he was too weak.”

She said she tried to breastfeed the baby in vain. She then called the hospital and was told to take the baby back to the hospital. He died shortly after being admitted to the Emergency Unit.

On Monday, journalists flooded the hospital in solidarity with their colleague Mr. Jonathan Muendo, demanded immediate closure of the hospital and justice for baby Ethan.

“We are tired of writing stories about Shalom Hospital, we ask the CEO of the Kenya Medical Practitioners and Dentists Board Daniel Yumbya to close this hospital until such a time when it will be ready to offer quality services,” said Mr. Erastus Mulwa who is the Chairman of Machakos Journalists Association.

Mr. Michael Mutinda, another journalist said; he lost his newborn baby at the facility in 2016 due to negligence.

The incident happened barely a month after a woman delivered a baby on the floor at the hospital’s Athi-River branch as nurses took tea.

It emerged that, the said nurse was not qualified to practice. A member of staff at Shalom Hospital in Machakos town told the press that; after the incident at the Athi-River branch, the nurses were sacked and replaced by qualified ones.

She said that, the hospital management did this to make it difficult for health officials to spot the quacks in case of impromptu inspections.

She said the management employs unqualified staff in order to pay low salaries.

“Sometimes when the hospital delays in paying salaries, the director, who also runs a flour mill, gives us two packets of maize flour and this has lowered the morale of staff,” she said.

Machakos Governor Alfred Mutua (right), Kenya Medical Practitioners and Dentists Board (KMPDB) member Prof Frederick Were and KMPDB Chief Executive Daniel Yumbya address the media outside Shalom Community Hospital in Machakos on May 6, 2019. The hospital has been closed. 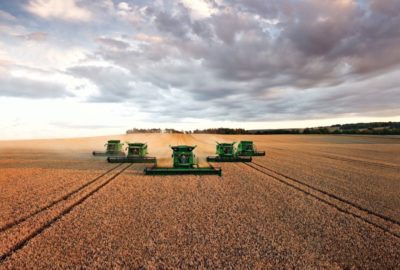